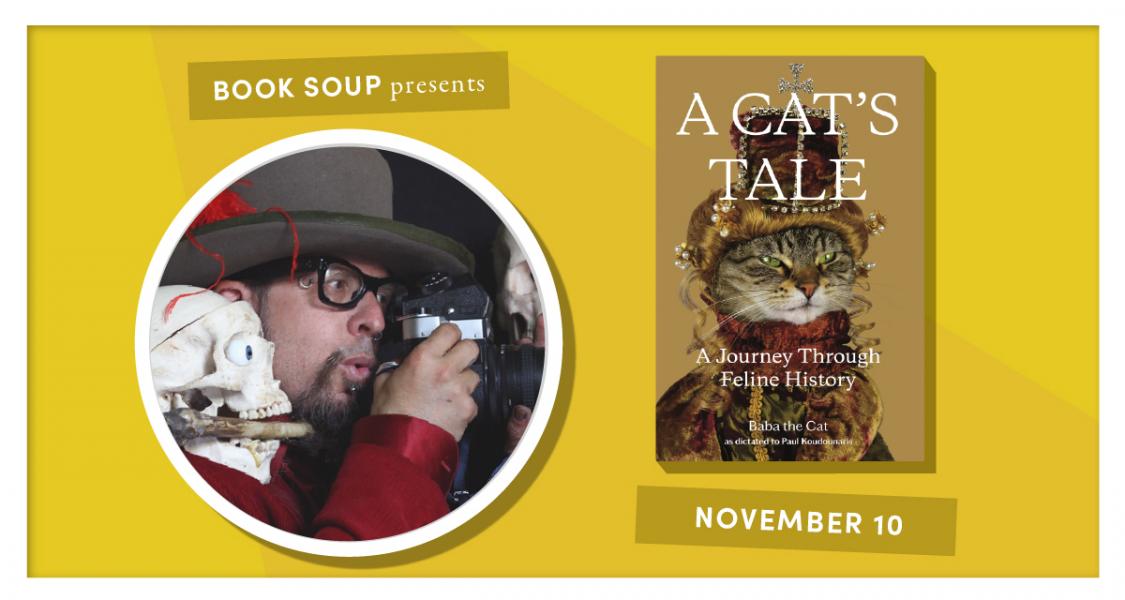 Since the dawn of civilization, felines have prowled alongside mankind as they expanded their territory and spread the myth of human greatness. And today, cats are peddled on social media as silly creatures here to amuse humans with their antics. But this is an absurd, self-centered fantasy. The true history of felines is one of heroism, love, tragedy, sacrifice, and gravitas. Not entirely convinced? Well, get ready, because Baba the Cat is here to set the record straight.

Spanning almost every continent and thousands--yes, thousands--of years, Baba's complex story of feline survival presents readers with a diverse cast of cats long forgotten: from her prehistoric feline ancestors and the ancient Egyptian cat goddess Bastet to the daring mariners at the height of oceanic discovery, key intellectuals in the Enlightenment period, revered heroes from World Wars I and II, and the infamous American tabbies. Baba, a talented model in addition to a scholar, goes beyond surface-level scratches, pairing her freshly unearthed research with a series of stunning costume portraits to bring history to life.

A paws-on journey through the feline hall of fame, with in-depth research and four-legged testaments that will make you rethink who defines history, A Cat's Tale: A Journey Through Feline History--a revealed to Paul Koudounaris--is a one-of-a-kind chronicle that introduces readers to the illustrious ancestors of their closest companions and shows, once and for all, that cats know exactly what they're doing. (Henry Holt & Company)

A Cat's Tale: A Journey Through Feline History (Hardcover)