Dr. Yaba Blay, in conversation with Jamilah Lemieux, discusses One Drop: Shifting the Lens on Race 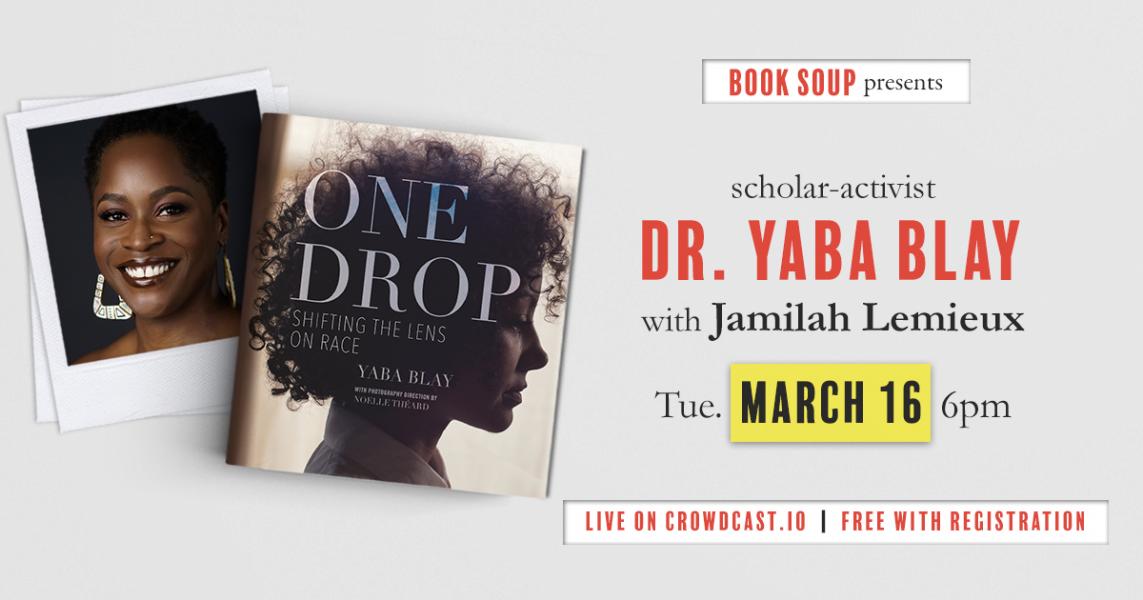 What exactly is Blackness and what does it mean to be Black?
Is Blackness a matter of biology or consciousness?
Who determines who is Black and who is not?
Who's Black, who's not, and who cares?

In the United States, a Black person has come to be defined as any person with any known Black ancestry. Statutorily referred to as the rule of hypodescent, this definition of Blackness is more popularly known as the one-drop rule, meaning that a person with any trace of Black ancestry, however small or (in)visible, cannot be considered White. A method of social order that began almost immediately after the arrival of enslaved Africans in America, by 1910 it was the law in almost all southern states. At a time when the one-drop rule functioned to protect and preserve White racial purity, Blackness was both a matter of biology and the law. One was either Black or White. Period. Has the social and political landscape changed one hundred years later?

One Drop explores the extent to which historical definitions of race continue to shape contemporary racial identities and lived experiences of racial difference. Featuring the perspectives of 60 contributors representing 25 countries and combining candid narratives with striking portraiture, this book provides living testimony to the diversity of Blackness. Although contributors use varying terms to self-identify, they all see themselves as part of the larger racial, cultural, and social group generally referred to as Black. They have all had their identity called into question simply because they do not fit neatly into the stereotypical Black box -- dark skin, kinky hair, broad nose, full lips, etc. Most have been asked “What are you?” or the more politically correct “Where are you from?” throughout their lives. It is through contributors' lived experiences with and lived imaginings of Black identity that we can visualize multiple possibilities for Blackness. (Beacon Press)

"One Drop visually stuns while showing us the many different and often surprising faces of Blackness that make up the Americas. In a world that shreds Black women's self-esteem in big and small ways every day, we depend on Blay's writing, Instagram tutorials, and undaunted compassion to put us back together again."  –– Brittney Cooper, author of the New York Times bestseller Eloquent Rage

One Drop: Shifting the Lens on Race (Hardcover)