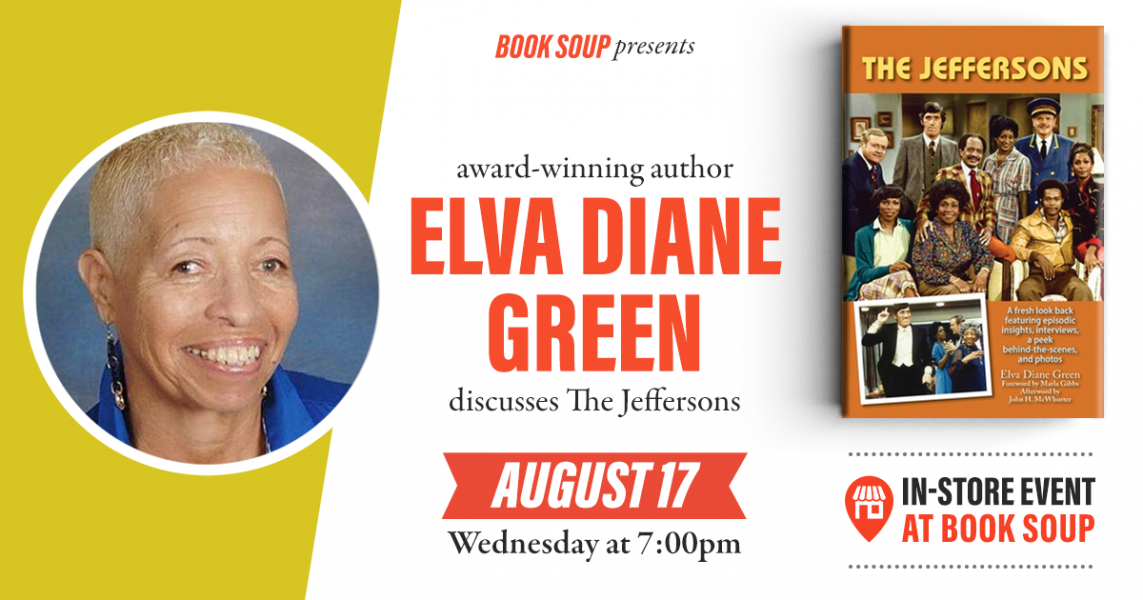 Many guests, such as Sammy Davis, Jr., Billy Dee Williams and Gladys Knight appeared. Laughter was the name of the game, though serious issues such as racism, alcoholism, and juvenile delinquency were tackled. The show remains a favorite through reruns, and the number of fans who tuned in to the Norman Lear 2019 Jeffersons TV remake attest to its popularity.

Elva Diane Green, the author of the award-winning biography "Eddie Green The Rise of an Early 1900s Black American Entertainment Pioneer" and the daughter of Eddie Green, has crafted another fine achievement by sharing her take on The Jeffersons from a fan's point of view. She has written a fun, entertaining and informative background history. This book is enhanced with a Foreword from Marla Gibbs and includes an Endword from John H. McWhorter, linguist, author and associate professor at Columbia University. (BearManor Media)

The Jeffersons - A fresh look back featuring episodic insights, interviews, a peek behind-the-scenes, and photos (Paperback)