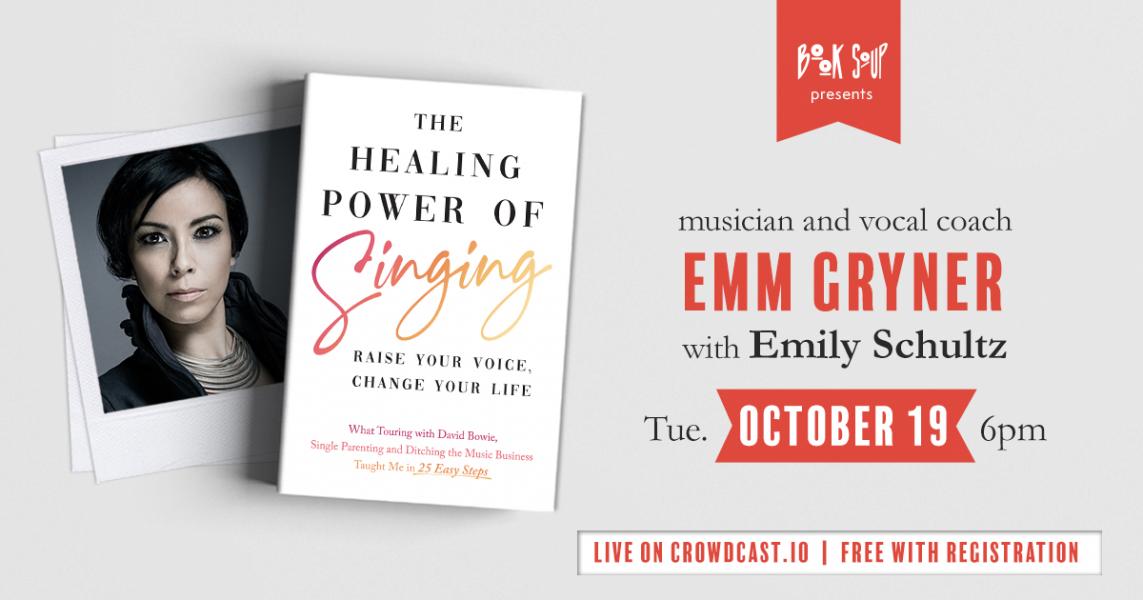 Vocal health tips, stories from the tour bus, and action items to improve your voice and boost your self-confidence from an award-winning musician and life coach Performing with David Bowie, surviving the murky depths of the music business, enduring a painful divorce, and making the first music video in outer space, award-winning recording artist Emm Gryner has navigated through life's highs and lows using a secret compass: singing. Her voice, and her desire to express herself in music, has been a constant: from the early days of playing in bands while growing up in a small town, to playing arena rock shows and stadiums. Across these years and on many travels, she's discovered the human voice to be an unlikely guide, with the power to elevate and move people closer to authentic living. This book is about that discovery: part study in the art of singing, part guide to finding one's voice, and part memoir. This book is a must-have for anyone who knows they should be singing. (ECW Press)

Emily Schultz is the cofounder of the influential Joyland magazine and author of the novel Little Threats.  Her  previous novel, The Blondes, was named a Best Book of 2015 by NPR, BookPage, and Kirkus Reviews. Schultz's writing has appeared in Elle, Slate, Evergreen Review, Vice, Hazlitt, and Prairie Schooner. She is currently a producer at indie media company Heroic Collective and lives in Brooklyn with her family.

The Healing Power of Singing: Raise Your Voice, Change Your Life (What Touring with David Bowie, Single Parenting and Ditching the Music Business Ta (Paperback)