Erika Schickel, in conversation with Claire Dederer, discusses The Big Hurt: A Memoir 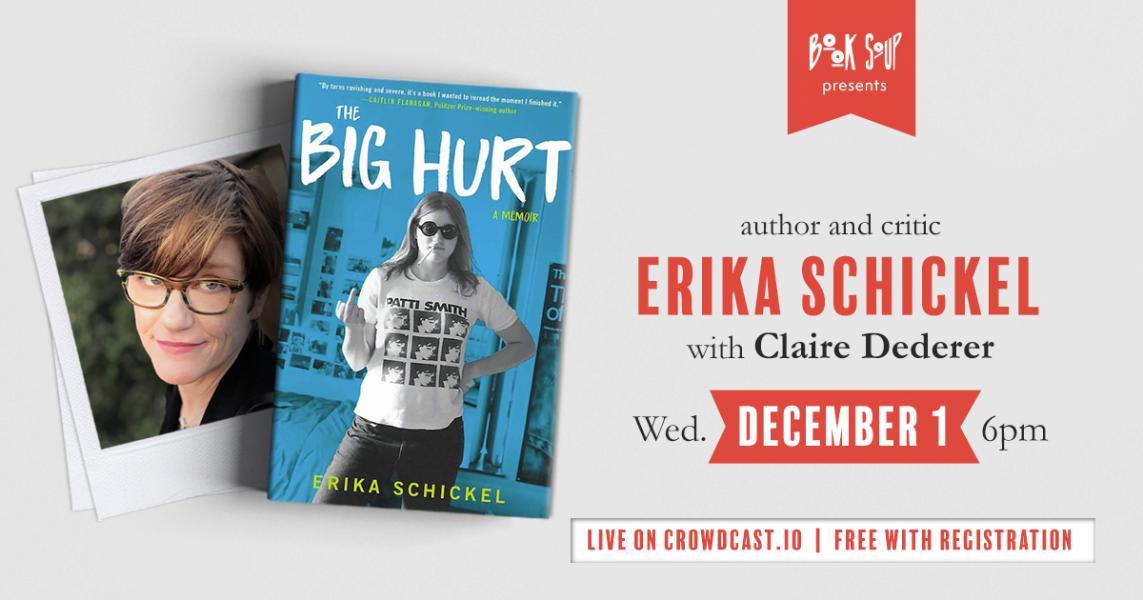 In 1982, Erika Schickel was expelled from her East Coast prep school for sleeping with a teacher. She was that girl--rebellious, precocious, and macking for love. Seduced, caught, and then whisked away in the night to avoid scandal, Schickel's provocative, searing, and darkly funny memoir, The Big Hurt, explores the question, How did that girl turn out?

Schickel came of age in the 1970s, the progeny of two writers: Richard Schickel, the prominent film critic for TIME magazine, and Julia Whedon, a melancholy mid-list novelist. In the wake of her parents' ugly divorce, Erika was packed off to a bohemian boarding school in the Berkshires.

The Big Hurt tells two coming-of-age stories: one of a lost girl in a predatory world, and the other of that girl grown up, who in reckoning with her past ends up recreating it with a notorious LA crime novelist, blowing up her marriage and casting herself into the second exile of her life.

The Big Hurt looks at a legacy of shame handed down through a maternal bloodline and the cost of epigenetic trauma. It shines a light on the haute culture of 1970s Manhattan that made girls grow up too fast. It looks at the long shadow cast by great, monstrously self-absorbed literary lives and the ways in which women pin themselves like beautiful butterflies to the spreading board of male ego. (Hachette Books)

The Big Hurt: A Memoir (Hardcover)