Gary Lippman discusses and signs Set the Controls for the Heart of Sharon Tate, in conversation with Jillian Lauren 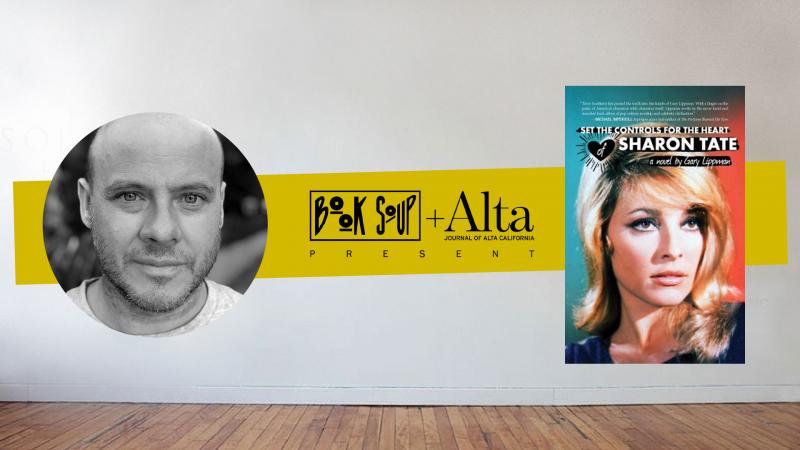 In conversation with Jillian Lauren.

In the summer of 2003, mere weeks before his fortieth birthday, Lunt Moreland checks in at Hollywood's infamous Hotel Ofotert for the upcoming "Sharonfest," a gathering of his fellow "Sharonophiles"--obsessive, lifelong devotees of the 1960s movie starlet and Charles Manson murder victim, Sharon Tate. Soon after arriving at the Hotel Ofotert, Lunt begins to receive ominous packages and menacing phone calls. Is his rival Glenn Mandrake, who is intent on blocking the publication of a Tate-centered book Lunt is trying to publish, responsible for these? Could it be his longtime confidante, the physically handicapped Sharonophile named Branson? Or perhaps the ill-intentioned sender is the quirky and beautiful green-haired young hipster whom Lunt has fallen for--and who also happens to be a lifelong member of Charles Mansons's still-existing cult, The Family--to blame? All that's certain is that Lunt's growing dependence on an Mucaquell, a powerful opiate-based cough syrup is not helping him get to the bottom things. Especially one he runs out... Comic, wistful, and perverse, Set the Controls for the Heart of Sharon Tate tackles the nature of reality and the dehumanizing elements of fame and celebrity.  (Rare Bird Books)

Set the Controls for the Heart of Sharon Tate (Paperback)