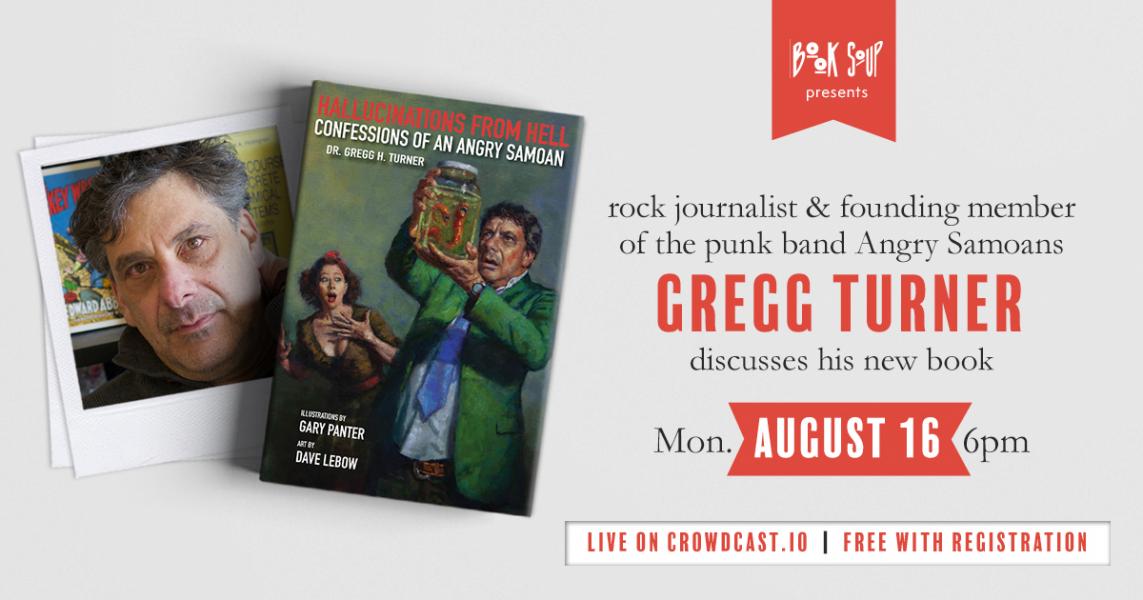 The stories in this here anthology may in fact be true true wild tales I've absorbed over time. Perhaps drenched with generous hyperbole? I'll let you decide.

As one of the founding members of the seminal punk band Angry Samoans, Gregg Turner has seen his fair share of weird shit. From his time at Creem Magazine in the early 1970s to the formation of the Angry Samoans in Los Angeles, and all the travels, trials, and tribulations that occured after, Turner takes us through a wild ride of stories he's heard, stories he's lived, and some he may or may not have made up.

With illustrations by Emmy and Klein-award winning illustrator Gary Panter, Hallucinations from Hell is an onslaught of a book that will appeal to any reader who loves a good story. (Rare Bird Books)

Hallucinations from Hell: Confessions of an Angry Samoan (Paperback)