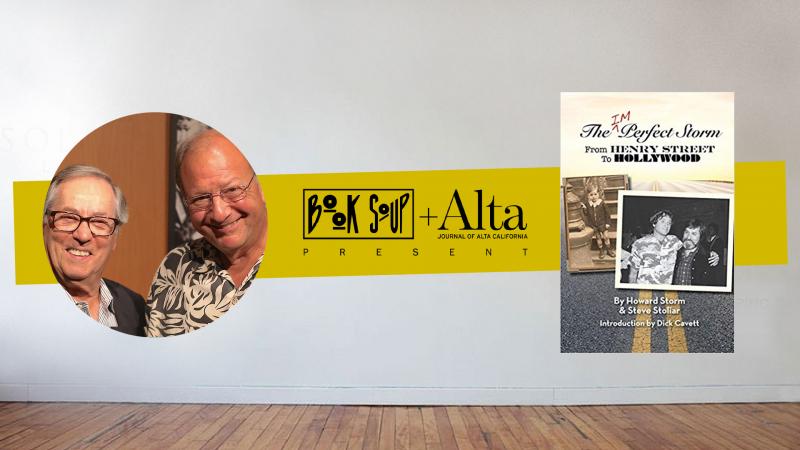 The Imperfect Storm: From Henry Street To Hollywood is the improbable - and vastly entertaining - story of Howard Storm (nee Howard Sobel), who grew up on the mean streets of New York's Lower East Side during the Great Depression and went on to become a successful standup comic, actor, improv teacher, and television director.

In the world of entertainment, Howard's hilarious storytelling prowess is legendary. After years of friends demanding he set these stories down in book form, he finally did it, with the help of author Steve Stoliar (RAISED EYEBROWS: My Years Inside Groucho's House). The Imperfect Storm is filled with funny, shocking, sometimes bittersweet stories about playing rough-and-tumble mob-owned clubs in the '50s, graduating to big-time clubs in the '60s, directing such classic TV shows as RHODA, LAVERNE & SHIRLEY, MORK & MINDY, TAXI and EVERYBODY LOVES RAYMOND, and much, much more. Along the way, there are previously unpublished photos and never-before-told stories about such immortals as Judy Garland, Cary Grant, Frank Sinatra, Lucille Ball, Desi Arnaz, Woody Allen, Lenny Bruce, Valerie Harper, Joan Rivers, Don Rickles, Jonathan Winters, and Robin Williams, just to shave the tip off the iceberg. A remarkable tale, from start to finish.

The Imperfect Storm: From Henry Street to Hollywood (Paperback)