The Importance of Queer History in YA Lit 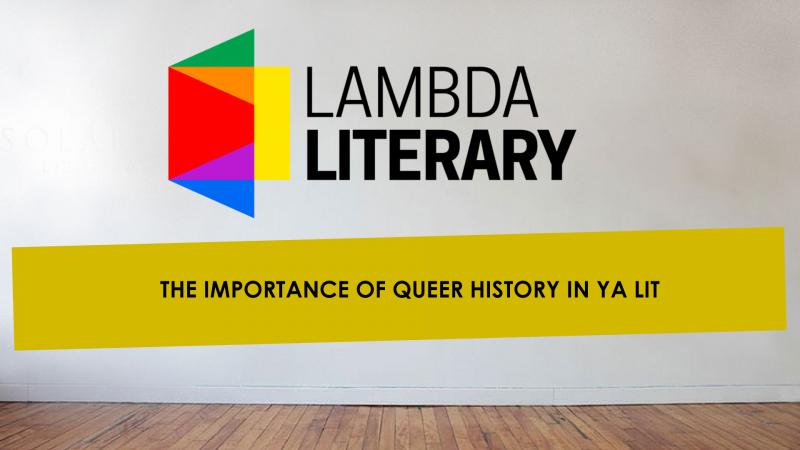 The 2011 passage of California’s FAIR Education Act mandated that LGBTQ accomplishments be taught in our history and social studies classrooms to show that gay Americans have been an integral part of our society and continue to shape our current world.* A few other states have joined in this movement, but still, we have a long way to go before LGBTQ+ history is fully integrated into school curriculum.

Moderated by YA author, Amy Spalding (THE SUMMER OF JORDI PEREZ), join authors James Brandon (ZIGGY, STARDUST AND ME) and Abdi Nazemian (LIKE A LOVE STORY) for a roundtable discussion about why writing Queer History in Young Adult canon is not only an important aspect to the popular genre, but a necessity in documenting our history for young people today.

Bios:
James Brandon produced and played the central role of Joshua in the international tour of Terrence McNally’s Corpus Christi for a decade, and is codirector of the documentary film based on their journey, Corpus Christi: Playing with Redemption. He’s the cofounder of the I AM Love Campaign, an arts-based initiative bridging the faith-based and LGBTQ2+ communities, and serves on the Powwow Steering Committee for Bay Area American Indian Two-Spirits (BAAITS) in San Francisco. Brandon is a contributing writer for Huffington Post, Believe Out Loud, and Spirituality and Health Magazine. Ziggy, Stardust and Me is his first novel. You can visit James Brandon at justbejb.com

Abdi Nazemian is the author of Like a Love Story and The Authentics. His novel, The Walk-In Closet, won the Lambda Literary Award for LGBT Debut Fiction. His screenwriting credits include the films The Artist's Wife, The Quiet, and Menendez: Blood Brothers, and the television series The Village and Almost Family. He has been an executive producer and associate producer on numerous films, including Call Me By Your Name, Little Woods, The House of Tomorrow and Scotty and the Secret History of Hollywood. He holds a BA from Columbia University and an MBA from UCLA Anderson School of Management. He lives in Los Angeles with his fiancé and two children. Find him online at www.abdaddy.com.

Amy Spalding grew up in St. Louis, but now lives in the better weather of Los Angeles. She has a B.A. in Advertising & Marketing Communications from Webster University, and an M.A. in Media Studies from The New School. Amy studied longform improv at the Upright Citizens Brigade Theatre. By day, she manages the digital media team for an indie film advertising agency. By later day and night, Amy writes, performs, and pets as many cats as she can. She is the author of several young adult novels, including Kissing Ted Callahan (and Other Guys) and The Summer of Jordi Perez (and the Best Burger in Los Angeles), which earned a starred review from Kirkus and was named a best book of 2018 by NPR, the Boston Globe, Cosmopolitan, Autostraddle, and more. Her next book, We Used to Be Friends, publishes in January 2020. She lives in Los Angeles.

Ziggy, Stardust and Me (Hardcover)