Jason Stuart, with Alexandra Paul, discusses and signs Shut Up, I’m Talking!: Coming Out in Hollywood and Making It to the Middle 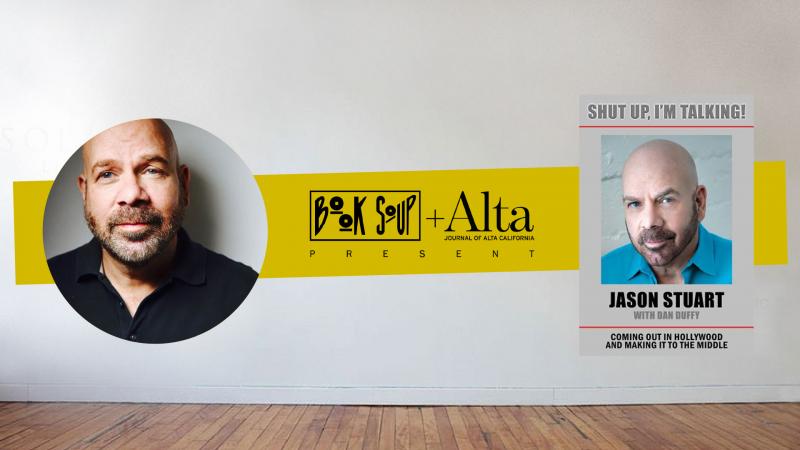 Shut Up, I'm Talking! chronicles the life and career of actor and comedian Jason Stuart. It's the funny, poignant story of a gay Jewish boy whose life changed after seeing Funny Girl at a second-run movie theatre in Hollywood. "I thought to myself, I'm in love with Omar Sharif - who am I left to be but Barbra Streisand! And I'm a guy... Oy!" It's about surviving a crazy family who survived the Holocaust and clearing up the wreckage of one's past while learning how to become a man.
Jason has appeared in over 200 films and TV shows and has had a long and varied career, from his coming out in 1993 on the Geraldo Rivera Show to having a major supporting role in the historical drama The Birth of a Nation playing "Joseph Randall" a white, heterosexual, Christian, slave owner in 1891 while being a gay liberal Jew!
As a comedian he has headlined at all the major comedy clubs, appeared twice at prestigious Just for Laughs comedy festivals and did stand-up on Broadway with Joan Rivers and Sandra Bernhard. He was featured in Comedy Central's groundbreaking special Out There, and his own stand-up comedy special Making It to the Middle.

Shut Up, I'm Talking!: Coming Out in Hollywood and Making It to the Middle (Paperback)