Jeff Sharlet discusses and signs This Brilliant Darkness: A Book of Strangers 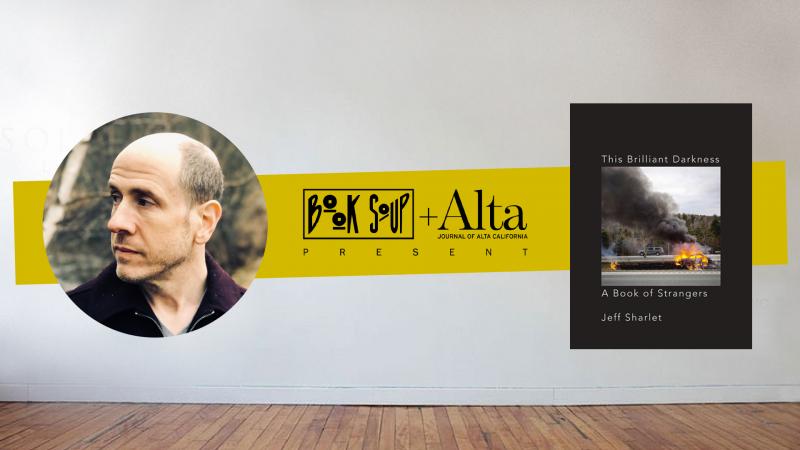 Known for immersion journalism that is more immersed than most people are willing to go, and for a prose style that is somehow both fierce and soulful, Jeff Sharlet dives deep into the darkness around us and awaiting us.  This work began when his father had a heart attack; two years later, Jeff, still in his forties, had a heart attack of his own. In the grip of writerly self-doubt, Jeff turned to images, taking snapshots and posting them on Instagram, writing short, true stories that bloomed into documentary. During those two years, he spent a lot of time on the road: meeting strangers working night shifts as he drove through the mountains to see his father; exploring the life and death of Charley Keunang, a once-aspiring actor shot by the police on LA's Skid Row; documenting gay pride amidst the violent homophobia of Putin's Russia; passing time with homeless teen addicts in Dublin; and accompanying a lonely woman drifting into dementia, whose only friend was a houseplant, on shopping trips.

Early readers have called this book "incantatory," the voice "prophetic," in "James Agee's tradition of looking at the reality of American lives." Defined by insomnia and late-night driving and the companionship of other darkness-dwellers--night bakers and last-call drinkers, frightened people and frightening people, the homeless and the lost (or merely disoriented), other people on the margins--This Brilliant Darkness erases the boundaries between author, subject, and reader to ask: how do people live with suffering? (WW Norton & Company)

This Brilliant Darkness: A Book of Strangers (Hardcover)