Jerry Stahl, in conversation with Evan Wright, discusses Nein, Nein, Nein!: One Man's Tale of Depression, Psychic Torment, and a Bus Tour of the Holocaust 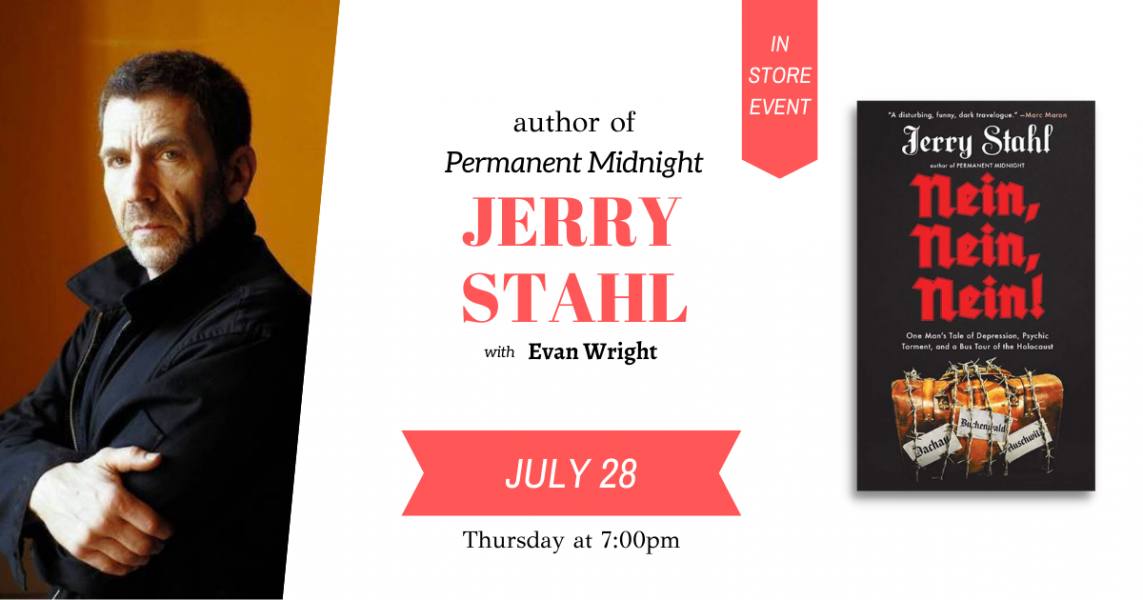 In September 2016, Jerry Stahl was feeling nervous on the eve of a two-week trip across Poland and Germany. But it was not just the stops at Auschwitz, Buchenwald, and Dachau that gave him anxiety. It was the fact that he would be traveling with two dozen strangers, by bus. In a tour group. And he was not a tour-group kind of guy.

The decision to visit Holocaust-world did not come easy. Stahl's lifelong depression at an all-time high, his career and personal life at an all-time low, he had the idea to go on a trip where the despair he was feeling--out-of- control sadness, regret, and fear, not just for himself, but for the entire United States--would be appropriate. And where was despair more appropriate than the land of the Six Million?

Seamlessly weaving global and personal history, through the lens of Stahl's own bent perspective, Nein, Nein, Nein! stands out as a triumph of strange-o reporting, a tale that takes us from gang polkas to tour-rash to the truly disturbing snack bar at Auschwitz. Strap in for a raw, surreal, and redemptively hilarious trip. Get on the bus. (Akashic Books)

Nein, Nein, Nein!: One Man's Tale of Depression, Psychic Torment, and a Bus Tour of the Holocaust (Hardcover)