Jo Piazza and Christine Pride, in conversation with Kiki Koroshetz, discuss We Are Not Like Them 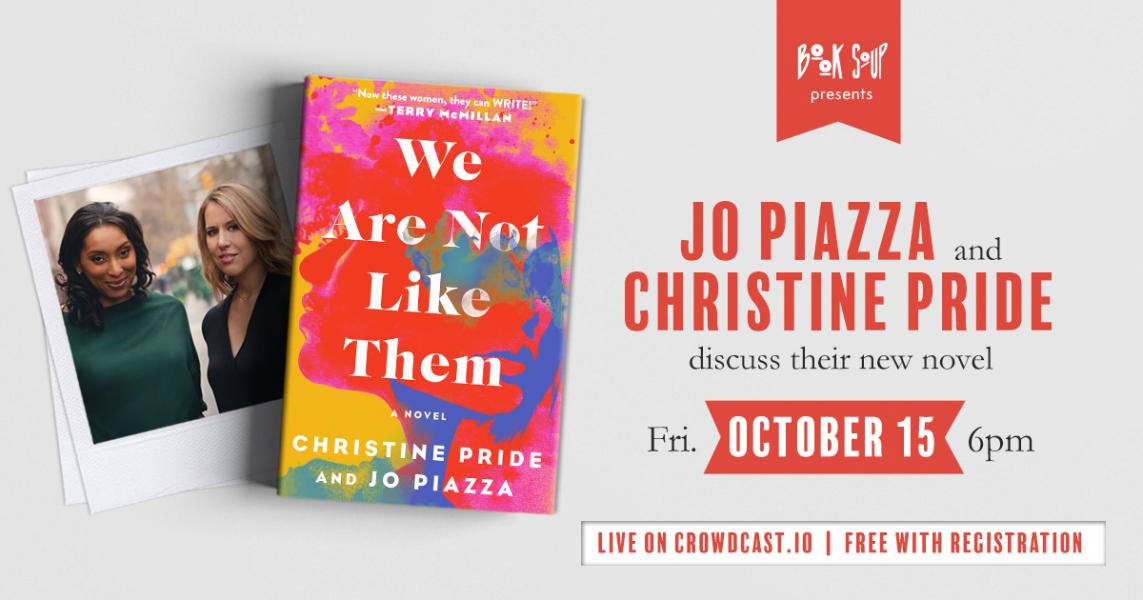 Jen and Riley have been best friends since kindergarten. As adults, they remain as close as sisters, though their lives have taken different directions. Jen married young, and after years of trying, is finally pregnant. Riley pursued her childhood dream of becoming a television journalist and is poised to become one of the first Black female anchors of the top news channel in their hometown of Philadelphia.

But the deep bond they share is severely tested when Jen's husband, a city police officer, is involved in the shooting of an unarmed Black teenager. Six months pregnant, Jen is in freefall as her future, her husband's freedom, and her friendship with Riley are thrown into uncertainty. Covering this career-making story, Riley wrestles with the implications of this tragic incident for her Black community, her ambitions, and her relationship with her lifelong friend.

Like Tayari Jones's An American Marriage and Jodi Picoult's Small Great Things, We Are Not Like Them explores complex questions of race and how they pervade and shape our most intimate spaces in a deeply divided world. But at its heart, it's a story of enduring friendship--a love that defies the odds even as it faces its most difficult challenges. (Atria Books)