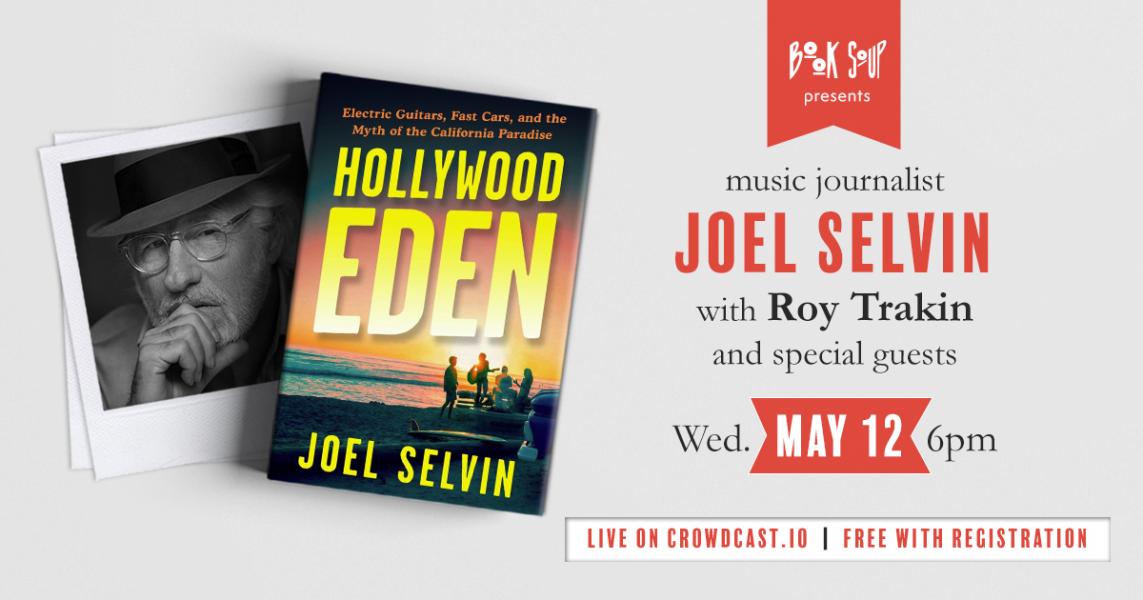 ". . . and from the pages of Hollywood Eden, Jill Gibson, Judith Lovejoy and Gidget herself!”

From the Beach Boys and Jan & Dean to the Byrds and the Mamas & the Papas, acclaimed music journalist Joel Selvin tells the story of a group of young artists and musicians who came together at the dawn of the 1960s to create the lasting myth of the California dream.
From surf music to hot-rod records to the sunny pop of the Beach Boys and the Mamas & the Papas, Hollywood Eden captures the fresh blossom of a young generation who came together in the epic spring of the 1960s to invent the myth of the California Paradise. Central to the story is a group of sun-kissed teens from the University High School class of 1959 -- a class that included Jan & Dean, Nancy Sinatra, and future members of the Beach Boys -- who came of age in Los Angeles at the dawn of a new golden era when anything seemed possible. These were the people who created the idea of modern California for the rest of the world. From the Beach Boys' "California Girls" to the Mamas & the Papas' "California Dreamin'," they crafted an image of the West Coast as the promised land -- a sun-dappled vision of an idyllic life in the sand and surf.
But their own private struggles belied the paradise portrayed in their music. What began as a light-hearted frolic under sunny skies ended up crashing down to earth just a few short but action-packed years later, as, one by one, each met their destinies head-on. Compelling, evocative, and ultimately tragic, Hollywood Eden travels far beyond the music into the desires of the human heart and the price of living out a dream. A rock 'n' roll opera loaded with violence, deceit, intrigue, low comedy, and high drama, it tells the story of a group of young artists and musicians who bumped heads, crashed cars, and ultimately flew too close to the sun. (House of Anansi Press)