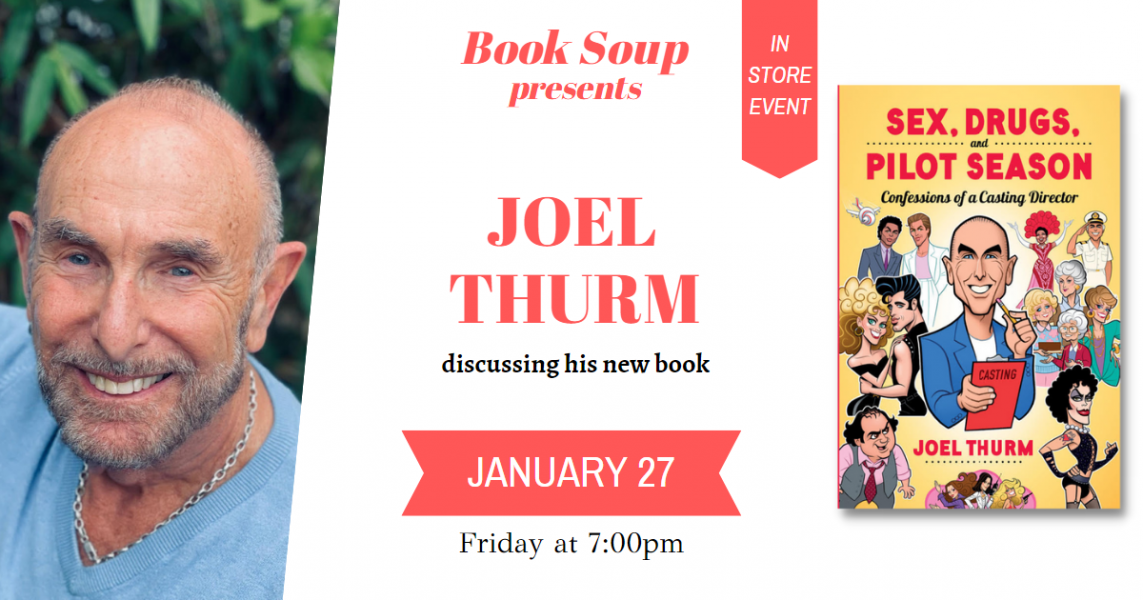 From his humble beginnings growing up on his grandfather’s dairy farm in New York, Joel Thurm became one of the most admired, powerful, and accomplished casting directors in Hollywood. Early on, Thurm’s instincts proved beyond reproach when he recognized John Travolta as much more than a teen idol, casting him in the TV Movie The Boy in the Plastic Bubble. It was during his years as Vice President of Talent and Casting for both Paramount Television and NBC that he discovered the remarkable Phoenix family from which River and Joaquin became A-list movie stars. With his insider’s knowledge, irreverent style, and biting wit, Thurm tells the stories of his key involvement in such iconic movies and shows as Grease, Airplane!, Cheers, The Golden Girls, and many, many more. Sex, Drugs, and Pilot Season is the ultimate backstage pass to the boardrooms of Manhattan and the executive suites of Hollywood where show-business history was made.