John Ibson discusses and signs Men Without Maps: Some Gay Males of the Generation Before Stonewall 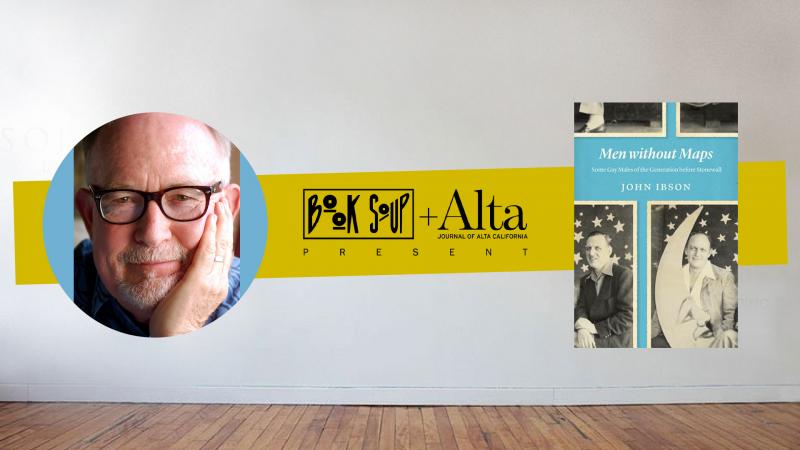 For many men of various sexual inclinations, the Second World War offered an unprecedented release from the constraints of civilian life. However, when they returned home they had to face the harsh realities of a restrictive society. Men Without Maps continues the story of these men, whom John Ibson first gave voice to in The Mourning After. Here he uncovers the experiences of men after World War II who had same-sex desires but few, if any, direct, affirmative models of how to build identities and relationships. Though heterosexual men had plenty of cultural maps--provided by their parents, social institutions, and nearly every engine of popular culture--in the years before Pride parades, social organizations for queer persons, or publications devoted to them, gay men lacked such guides. In his survey of the years from shortly before the war up to the gay rights movement of the late 1960s and early '70s, Ibson considers male couples, who balanced domestic contentment with exterior repression, as well as single men, whose solitary lives illuminate unexplored aspects of the queer experience. Men Without Maps shows how, in spite of the obstacles they faced, midcentury gay men found ways to assemble their lives and senses of self at a time of limited social acceptance. (University of Chicago Press)

Men without Maps: Some Gay Males of the Generation before Stonewall (Paperback)