John Ross Bowie, in conversation with Leslie Grossman, discusses No Job for a Man: A Memoir 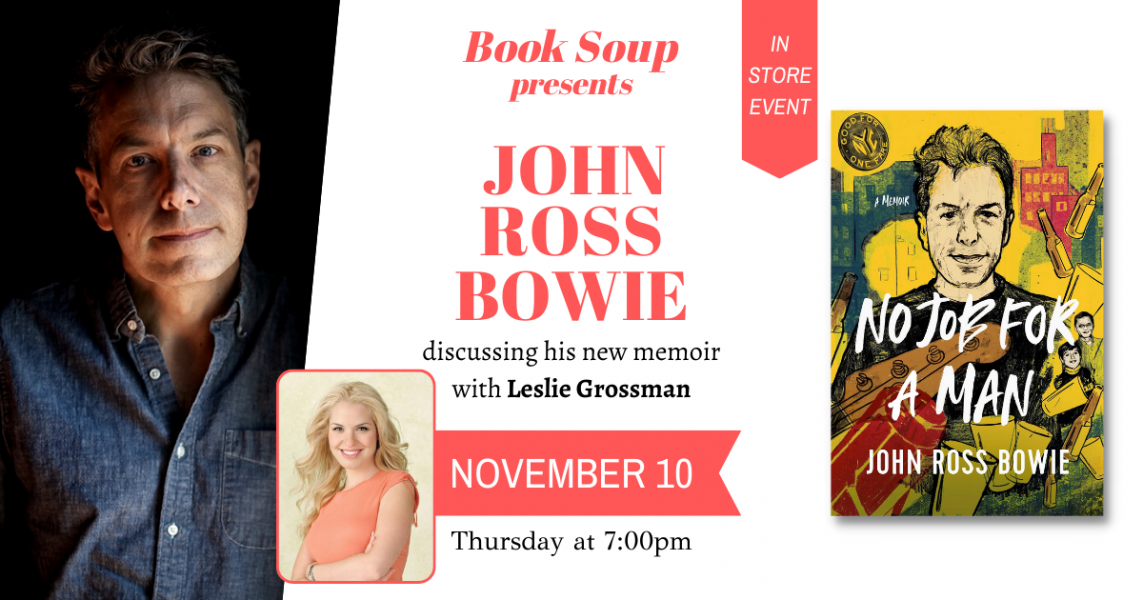 From his earliest memories of watching Rhoda with his parents in their tiny Hell's Kitchen apartment, John knew that he wanted to be an actor. The strange, alternate world of television--where people always cracked the perfect joke, lived in glamorous Upper East Side buildings, and made up immediately after fighting--seemed far better than his own home life, with parents on the brink of divorce and a neighborhood full of crumbling pre-war architecture and not-so-occasional muggings. That other world also seemed so unattainable. Besides crippling stage fright (which would take him years to overcome) John's father, ever aloof and cynical, has instilled within him the notion that acting is "no job for a man."

His father would impart that while theater, film, and television should be consumed and even debated, to create was no way to make a living or support a family. Putting aside his acting dreams, John stumbles through his twenties. He tries his hand at teaching and other traditional occupations, but nothing feels nearly as fulfilling as playing with his fleetingly on-the-map punk band, Egghead.

When the band breaks up, John lands a joyless job copywriting for a consulting firm and slips into a dark depression. He loses weight, begins drinking heavily, and his relationships flounder.

But everything changes when John discovers improv (and anti-depressants). As an early student of New York's now-famous Upright Citizens Brigade, John not only explores his passion for acting and comedy--and begins to envision himself doing so professionally--he also finds a community and a unique stability in instability.

No Job for a Man follows John's journey as he tries to make it in the arts, meeting success and failure, wins and losses, despair and hope along the way. Though his father chronically refuses to acknowledge pride in his adult son's accomplishments, John comes to his own idiosyncratic version of being a man. (Pegasus Books)

No Job for a Man: A Memoir (Hardcover)