Jonathan Alexander discusses Dear Queer Self: an Experiment in Memoir 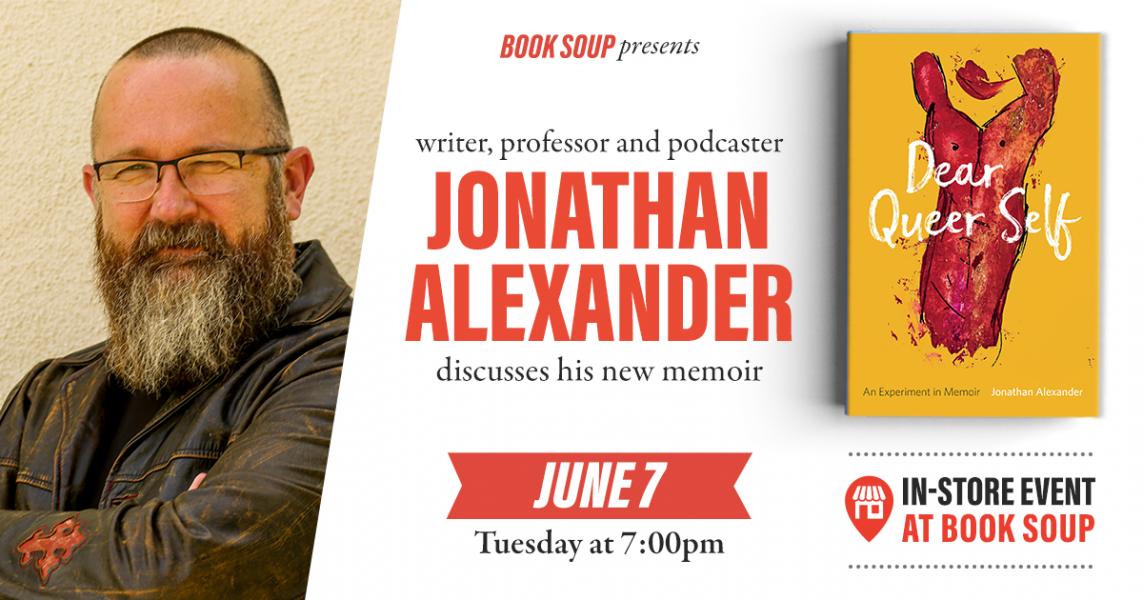 In this unconventional memoir, Jonathan Alexander addresses wry and affecting missives to a conflicted younger self. Focusing on three years--1989, 1993, and 1996-- Dear Queer Self follows the author through the homophobic heights of the AIDS epidemic, the fall of the Berlin Wall, the election of Bill Clinton, and the steady advancements in gay rights that followed. With humor and wit afforded by hindsight, Alexander relives his closeted college years, his experiments with his sexuality in graduate school, his first marriage to a woman, and his budding career as a college professor.

As he moves from tortured self-denial to hard-won self-acceptance, the author confronts the deeply uncomfortable ways he is implicated in his own story. More than just a coming-out narrative, Dear Queer Self is both an intimate psychological exploration and a cultural examination--a meshing of inner and outer realities and a personal reckoning with how we sometimes torture the truth to make a life. It is also a love letter, an homage to a decade of rapid change, and a playlist of the sounds, sights, and feelings of a difficult, but ultimately transformative, time. (Acre Books)

Dear Queer Self: An Experiment in Memoir (Paperback)