Joshua Cohen, in conversation with Sam Nicholson, discusses and signs Attention: Dispatches from a Land of Distraction 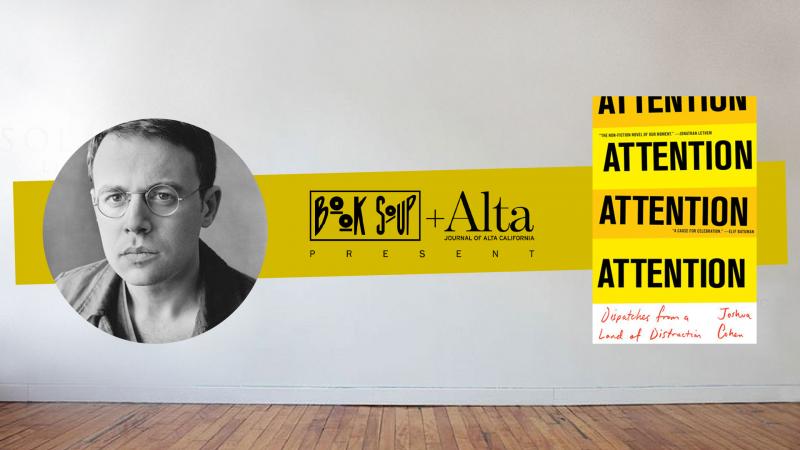 Throughout Attention, Cohen directs his sharp gaze at home and abroad, calling upon his extraordinary erudition and unrivaled ability to draw connections between seemingly unlike things to show us how to live without fear in a world overflowing with information. In each piece, he projects a quality of thought that is uniquely his, and a voice as witty, profound, and distinct as any in American letters.

At this crucial juncture in history, Attention is a guide for the perplexed--a handbook for anyone hoping to bring the wisdom of the past into the culture of the future. (Random House)

ATTENTION: Dispatches from a Land of Distraction (Hardcover)