Julian Winters, in conversation with Adam Silvera, discusses As You Walk On By 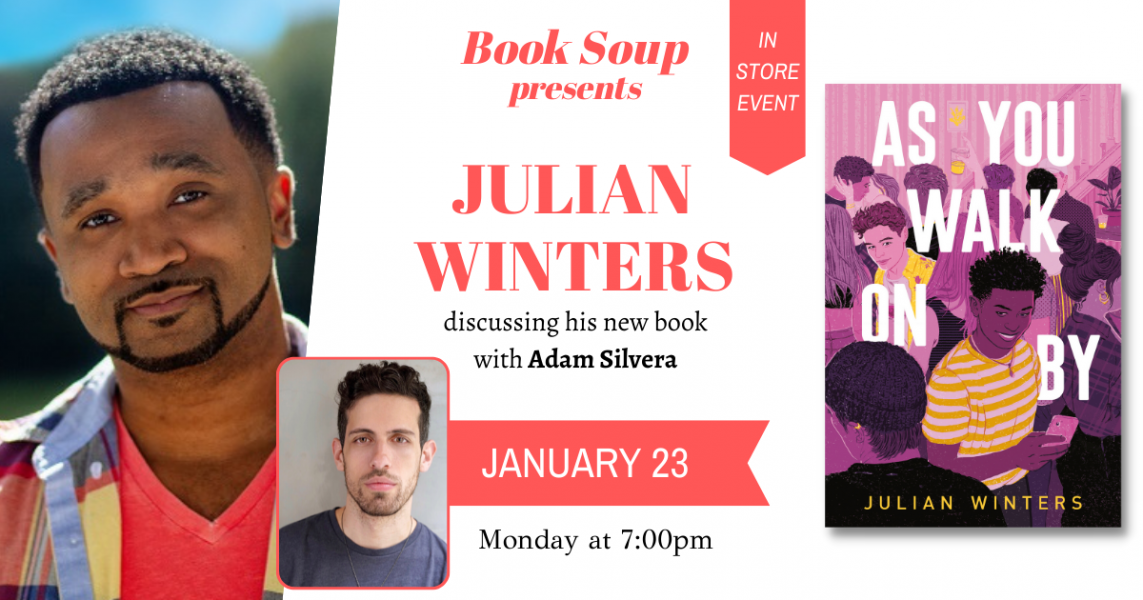 The Breakfast Club meets Can't Hardly Wait with an unforgettable ensemble cast in another swoony YA contemporary from award-winning author Julian Winters!

Seventeen-year-old Theo Wright has it all figured out. His plan (well, more like his dad's plan) is a foolproof strategy that involves exceling at his magnet school, getting scouted by college recruiters, and going to Duke on athletic scholarship. But for now, all Theo wants is a perfect prom night. After his best friend Jay dares Theo to prompose to his crush at Chloe Campbell's party, Theo's ready to throw caution to the wind and take his chances.

But when the promposal goes epically wrong, Theo seeks refuge in an empty bedroom while the party rages on downstairs. Having an existential crisis about who he really is with and without his so-called best friend wasn't on tonight's agenda. Though, as the night goes on, Theo finds he's not as alone as he thinks when, one by one, new classmates join him to avoid who they're supposed be outside the bedroom door. Among them, a familiar acquaintance, a quiet outsider, an old friend, and a new flame . . (Viking Books for Young Readers)

As You Walk On By (Hardcover)

The First to Die at the End (Hardcover)