Julie D. Summers discusses Off My Knees: From Skid Row to Sunset Boulevard 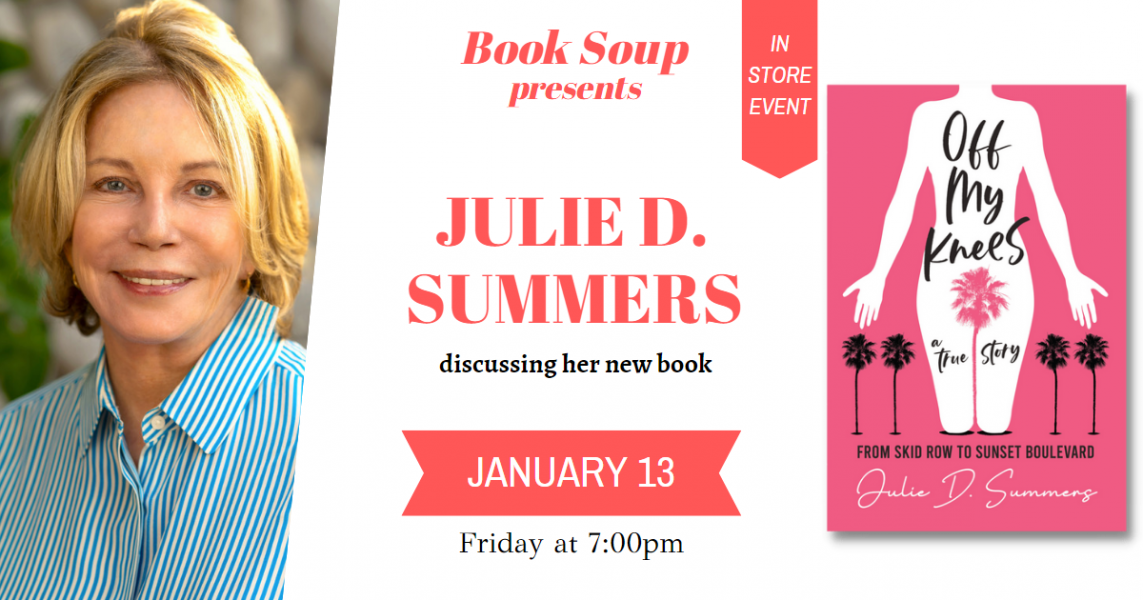 How much trauma can one person survive and still, in the end, thrive? Julie D. Summers' debut memoir takes readers on an incredible ride through amazing highs and to the depths of hell, then rams back up to a conclusion of success. Hers is not a misery memoir but a challenging story of one woman's belief in her abilities to overcome the pits she finds herself in. A teenage rape results in a baby, and she is persuaded to relinquish the boy. Regretting this pushed her into prostitution to try and raise money to find her child. She moved across the country and there, with the help of others, Julie became a thriving antique broker, only to self-destruct and end up in prison. After release, she started over as a large apartment building manager.

Then a phone call changed everything. Her long-lost son had found his mother, and they reunited in a happy attempt to make up for lost years. But, just as life seemed to be finally going her way, her son's suicide brought another dark storm to her life.

But this time, Julie had established herself in a community that supported her. She began an amazing multi-decade political and philanthropic work with the unhoused in West Hollywood. Julie persevered through countless trials, with a resilience that is a tribute to her strength and commitment to help others find their way into the light.

Off My Knees: From Skid Row to Sunset Boulevard (Paperback)

Off My Knees: From Skid Row to Sunset Boulevard (Hardcover)