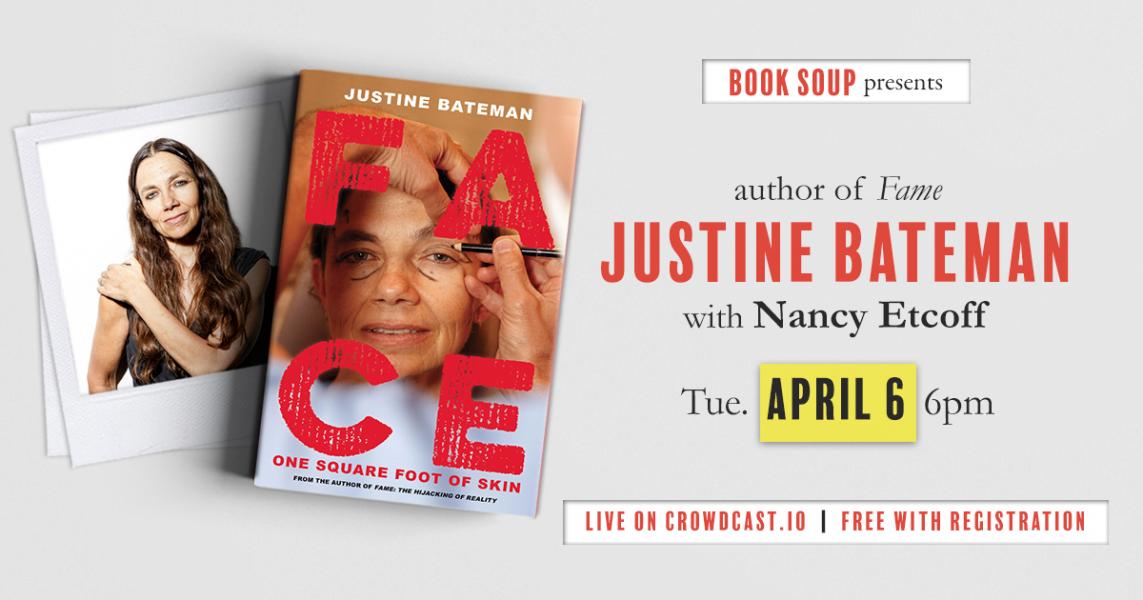 Face is a book of fictional vignettes that examines the fear and vestigial evolutionary habits that have caused women and men to cultivate the imagined reality that older women's faces are unattractive, undesirable, and something to be "fixed."

Based on "older face" experiences of the author, Justine Bateman, and those of dozens of women and men she interviewed, the book presents the reader with the many root causes for society's often negative attitudes toward women's older faces. In doing so, Bateman rejects those ingrained assumptions about the necessity of fixing older women's faces, suggesting that we move on from judging someone's worth based on the condition of her face.

With impassioned prose and a laser-sharp eye, Bateman argues that a woman's confidence should grow as she ages, not be destroyed by society's misled attitude about that one square foot of skin. (Akashic Books)