Karen Havelin, in conversation with author Lauren Wilkinson, discusses and signs Please Read This Leaflet Carefully: Keep This Leaflet. You May Need to Read It Again. 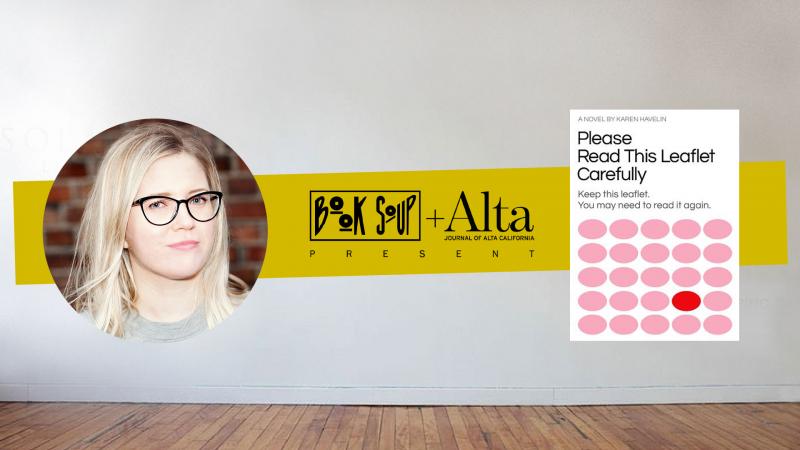 The novel tracks backward, from 2016 until 1995, etching details of daily life into a gripping and darkly humorous bildungsroman, about the intricacies of love and life in a fragile body.

We meet Laura Fjellstad first as she works and cares for her young daughter, while struggling with debilitating pain and endometriosis, an invisible chronic illness.  As the reader moves in reverse to meet Laura's younger and somewhat healthier selves (a hopeful bride in New York, a baby queer in Paris, a figure skater in Norway) we uncover her tireless work to gain control of her identity, her illness and the conflicting demands made by doctors, friends, lovers and family.  Man Booker Prize-winning author Paul Beatty says most books about disease try to describe the pain; told in poetic whisper, Karen Havelin's debut novel lets pain speak for itself. It's a book that dares you be nosy, to eavesdrop and listen in to a stoic young woman whom no one noticed until she began to disappear, her body disintegrating from the inside out until there's nothing left but searing agony and almost impossibly--a burning triumph.

Jarringly funny and perceptive; an intimate reckoning with the inner demons and precarity of everyday life, unpacked through the very specific lens of a woman with chronic pain. (Dottir Press)

Please Read This Leaflet Carefully: Keep This Leaflet. You May Need to Read It Again. (Paperback)