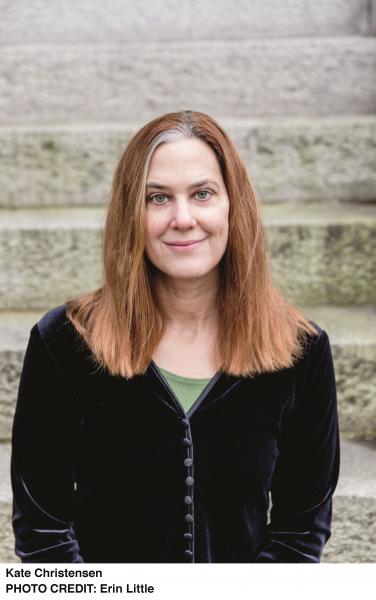 The 1950s vintage ocean liner Queen Isabella is making her final voyage before heading to the scrapyard. For the guests on board, among them Christine Thorne, a former journalist turned Maine farmer, it's a chance to experience the bygone mid-twentieth century era of decadent luxury cruising, complete with fine dining, classic highballs, string quartets, and sophisticated jazz. Smoking is allowed but not cell phones--or children, for that matter. The Isabella sets sail from Long Beach, California into calm seas on a two-week retro cruise to Hawaii and back.   But this is the second decade of an uncertain new millennium, not the sunny, heedless '50s, and certain disquieting signs of strife and malfunction above and below decks intrude on the festivities. Down in the main galley, Mick Szabo, a battle-weary Hungarian executive sous-chef, watches escalating tensions among the crew. Meanwhile, Miriam Koslow, an elderly Israeli violinist with the Sabra Quartet, becomes increasingly aware of the age-related vulnerabilities of the ship herself and the cynical corners cut by the cruise ship company, Cabaret.
When a time of crisis begins, Christine, Mick, and Miriam find themselves facing the unknown together in an unexpected and startling test of their characters. (Doubleday Books)

The Last Cruise: A Novel (Hardcover)