Kathalynn Turner Davis discusses and signs Kiss Me Swami: The Spiritual Education of a Beauty Queen 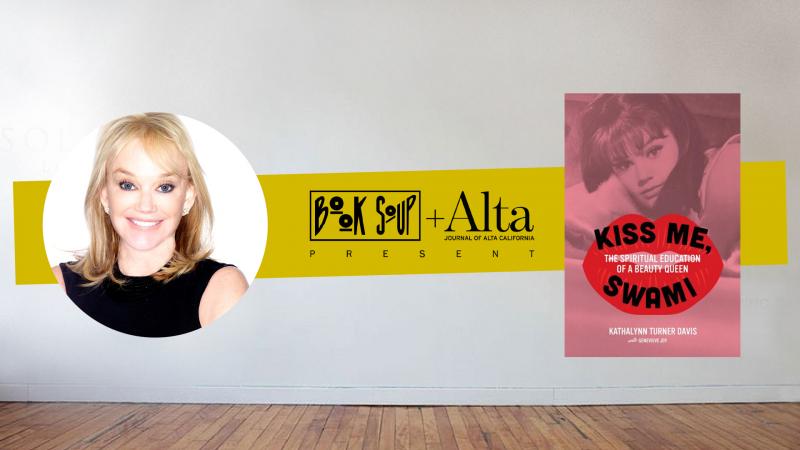 Kathalynn Turner Davis ditched beauty pageants for Hollywood, finding herself in the living rooms, nightclubs, sound stages, and lives of some of the era's hottest celebs, including the King of Rock 'n' Roll himself. After a successful debut as a movie actress (hailed by critics as "the Judy Holliday of the '70s") she set out for New York City to study under the renowned Stella Adler. That chapter--which included a marriage, babies, divorce, and a foray into the world of self-actualization--unfolded within the walls of the famed Dakota, next door to "The Maestro," Leonard Bernstein, and John Lennon and Yoko Ono. Next came a new husband and the challenging role of suburban "Stepford wife." Eventually, Kathalynn enrolled in Columbia University and achieved a master's degree in social work, which led her down a path of service, reigniting her passion for spiritual growth. Her quest for answers to life's eternal questions took her to India and Israel, where she found herself face to face with the swami within. (Silver Falcon Press)

Kiss Me, Swami: The Spiritual Education of a Beauty Queen (Paperback)