Kiran Bhat discusses and signs we of the forsaken world… 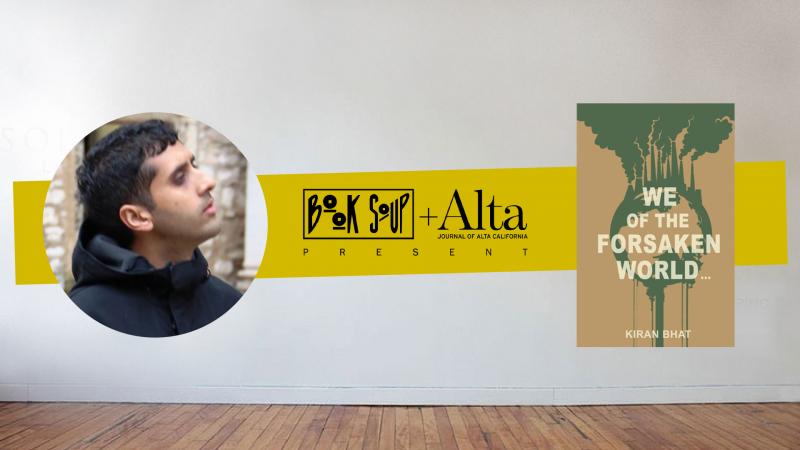 In a distant corner of the globe, a man journeys to the birthplace of his mother, a tourist town destroyed by an industrial spill. In a nameless remote tribe, the chief's second son is born, creating a scramble for succession as their jungles are being destroyed by loggers. In one of the world's sprawling metropolises, a homeless one-armed woman sets out to take revenge upon the men who trafficked her. And, in a small village of shanty shacks connected only by a mud-and-concrete road, a milkmaid watches the girls she calls friends destroy her reputation.  In we of the forsaken world... Kiran Bhat tells the stories of four worlds falling apart, through the structure of four linguistic chains, comprised of the accounts of four people witnessing the decline of these worlds, in four acts. Like modern communication networks, these sixteen stories connect along subtle lines, dispersing at the moments where another story is about to take place. They flow together and disconnect. Each story is a parable of its own, into the mind of a distinct human being. These are the tales of not just sixteen strangers, but many different lives, who live on this planet, at every second, everywhere.

we of the forsaken world... (Paperback)