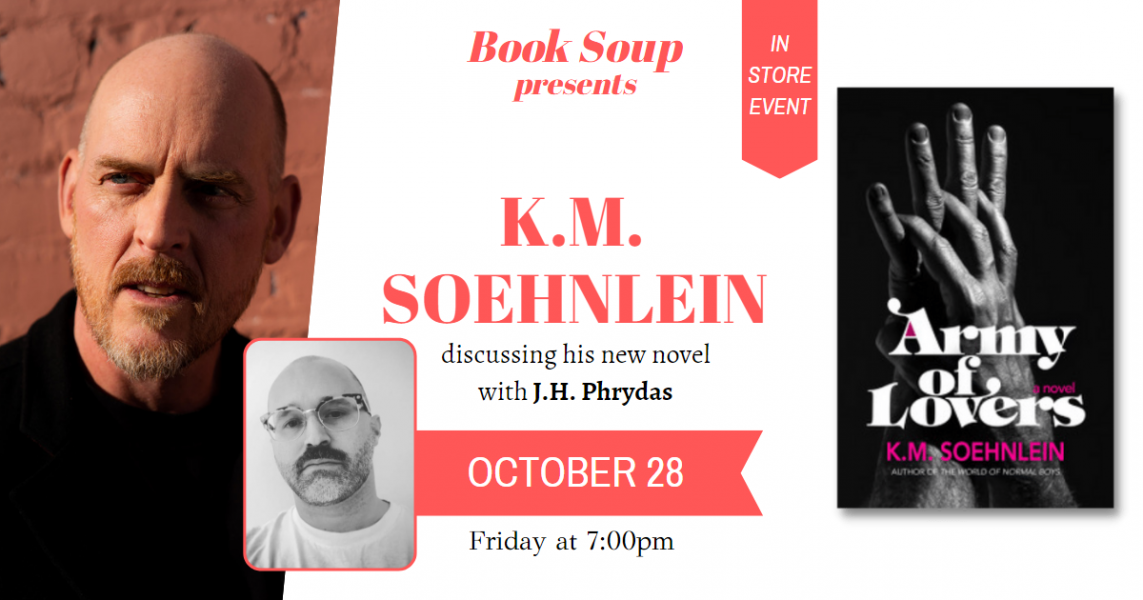 Lambda Literary Award-winner K.M. Soehnlein's Army of Lovers follows a young gay man swept up in the excitement, fury, and poignancy of the AIDS activist group ACT UP.

Arriving in New York City full of idealism, Paul discovers the queer community gathering strength in the face of government inaction and social stigma. As he protests, parties, and makes a new home, he finds himself pulling away from his HIV-negative boyfriend to pursue an intense bond with a passionate, HIV-positive artist. Paul's awakening parallels ACT UP's rise, successes, and controversies. And then everything shifts again, as his family is thrust into their own life-and-death struggle that tests him even further.

Born out of the author's activism inside the vibrant queer community of the '80s and '90s, Army of Lovers blends history and fiction into an exploration of memory, community, love, and justice. (Bywater Books)