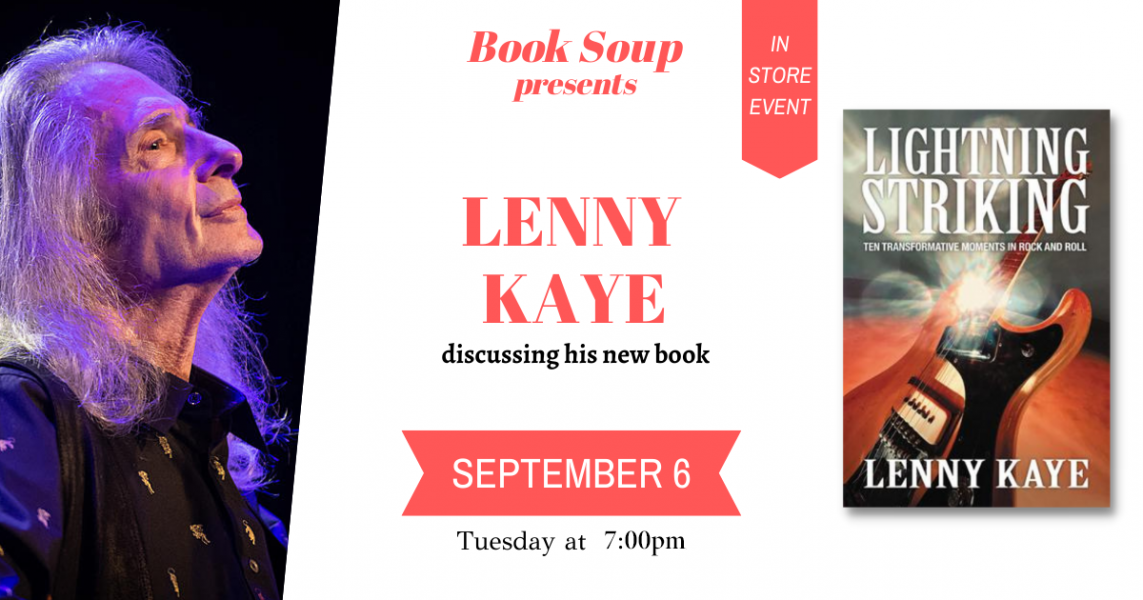 Masks are required for this event. 7PM is the official start time, we promise!

Memphis, 1954. New Orleans 1957. Philadelphia 1959. Liverpool, 1962. San Francisco 1967. Detroit 1969. New York, 1975. London 1977. Los Angeles 1984 / Norway 1993. Seattle 1991. Rock and roll was birthed in basements and garages, radio stations and dance halls, in cities where unexpected gatherings of artists and audience changed and charged the way music is heard and celebrated, capturing lightning in a bottle. Musician and writer Lenny Kaye explores ten crossroads of time and place that define rock and roll, its unforgettable flashpoints, characters and visionaries, how each generation came to be, how it was discovered by the world. Whether Elvis Presley's Memphis, the Beatles' Liverpool, Patti Smith's New York or Kurt Cobain's Seattle, Lightning Striking reveals the communal energy that creates a scene, a guided tour inside style and performance, to see who's on stage, along with the movers and shakers, the hustlers and hangers-on, and why everybody is listening,