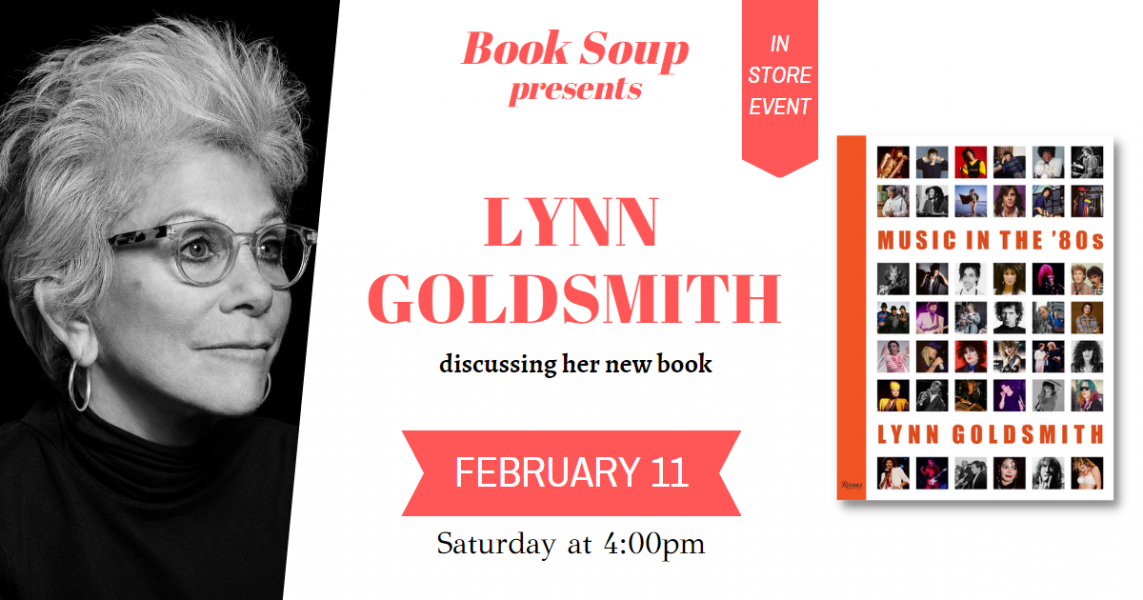 Chances are you've seen numerous iconic pictures by award-winning portrait and documentary photographer Lynn Goldsmith at some point in your life. Her images have graced the covers of magazines worldwide from Life to Sports Illustrated, Newsweek, Rolling Stone, People and many more. She has also published 14 monographs of her photographs, including the New York Times best-selling photobook New Kids (Rizzoli, 1990).

Over the past 50 years, Goldsmith has photographed hundreds of musicians in studio portrait sessions, at live concerts, on the road and at home. Her new book, Music in the '80s, showcases an incredible range of artists during a decade when many new forms of music were gaining popularity: New Wave, Electronica, Rap, Metal, and Ska had chart topping success, as did R&B and Pop. Michael Jackson, Philip Glass, Run DMC, Miles Davis, Judas Priest - these are but a few of the names that during this period became icons. The 80's was a time like no other in history, and the photographs chosen for this book are as diverse in their style as the music and dress of the decade.

The book also features quotes from many of the people featured in Goldsmiths' photographs--including Iggy Pop, Tina Turner, Keith Richards, Alice Cooper, Elvis Costello and more--as well as those who were influenced by the tremendous cultural importance of the decade, proving that Music in the '80s is sure to hit the right note for all lovers of music. (Rizzoli International Publications)