Madeleine Henry discusses and signs Breathe In, Cash Out 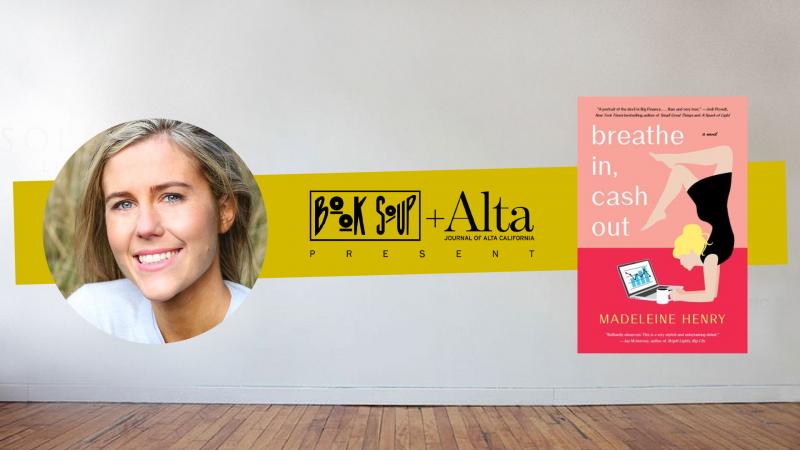 Allegra Cobb's resume: Straight-A Princeton grad, second-year analyst at a top-tier bank, one-time American Yoga National Competition Champion. Allegra Cobb's reality: Spends twenty-four hours a day changing the colors on bar charts, overusing the word "team," and daydreaming about quitting the minute her year-end bonus hits her account. She has no interest in the cutthroat banking world--she's going to launch her very own yoga practice.  But her plan isn't quite as perfect as the beachfront yoga pictures she double-taps on Instagram. On top of the 100 emails an hour and coworkers already suspicious of her escape plan, Allegra's hard-driving single father has always expected fiercely high achievement above all else. That his daughter works on Wall Street means everything to him. Still, she marches on, taking it day by extremely caffeinated day.

But after (1) unknowingly sleeping with the man now leading her banking cohort on one of their biggest deals to date and (2) meeting the #blessed yoga guru who might just be her ticket to the life she's always wanted, it really hits her: her happy-ever-after will be harder to manifest than she thought.

Fast-paced, laugh-out-loud funny, and totally irresistible, this is the story of a fearless young woman determined to center herself in the life she truly wants. (Atria Books)

Breathe In, Cash Out: A Novel (Hardcover)