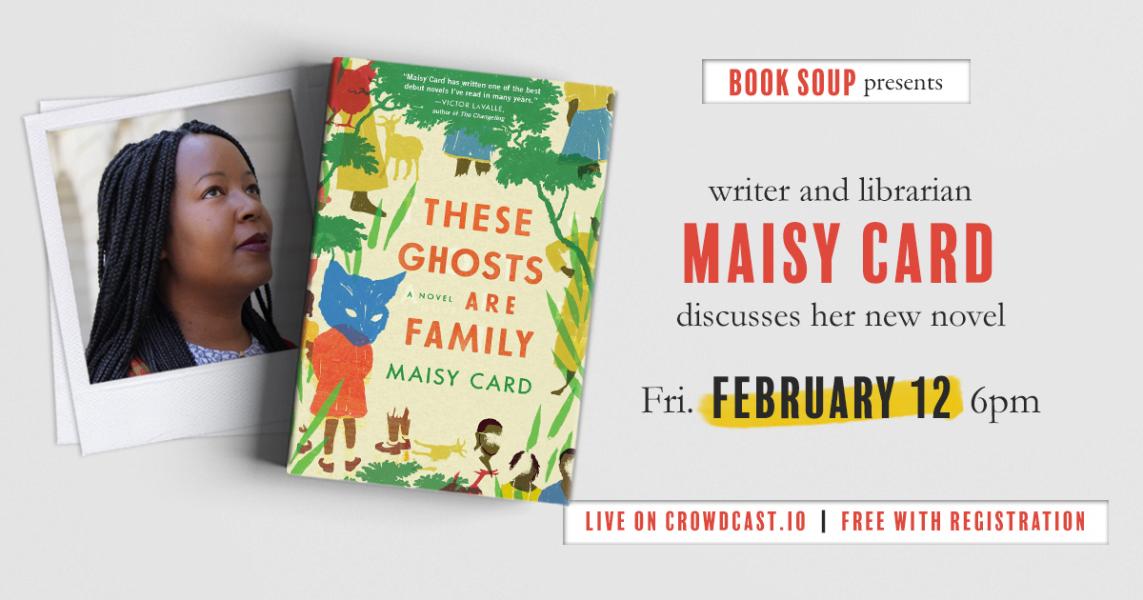 Stanford Solomon's shocking, thirty-year-old secret is about to change the lives of everyone around him. Stanford has done something no one could ever imagine. He is a man who faked his own death and stole the identity of his best friend. Stanford Solomon is actually Abel Paisley.

And now, nearing the end of his life, Stanford is about to meet his firstborn daughter, Irene Paisley, a home health aide who has unwittingly shown up for her first day of work to tend to the father she thought was dead.  These Ghosts Are Family revolves around the consequences of Abel's decision and tells the story of the Paisley family from colonial Jamaica to present-day Harlem. There is Vera, whose widowhood forced her into the role of a single mother. There are two daughters and a granddaughter who have never known they are related. And there are others, like the houseboy who loved Vera, whose lives might have taken different courses if not for Abel Paisley's actions.

This "rich and layered story" (Kirkus Reviews) explores the ways each character wrestles with their ghosts and struggles to forge independent identities outside of the family and their trauma. The result is a "beguiling...vividly drawn, and compelling" (BookPage, starred review) portrait of a family and individuals caught in the sweep of history, slavery, migration, and the more personal dramas of infidelity, lost love, and regret. (Simon and Schuster)

These Ghosts Are Family: A Novel (Paperback)