Mark Schiff discusses Why Not?: Lessons on Comedy, Courage, and Chutzpah 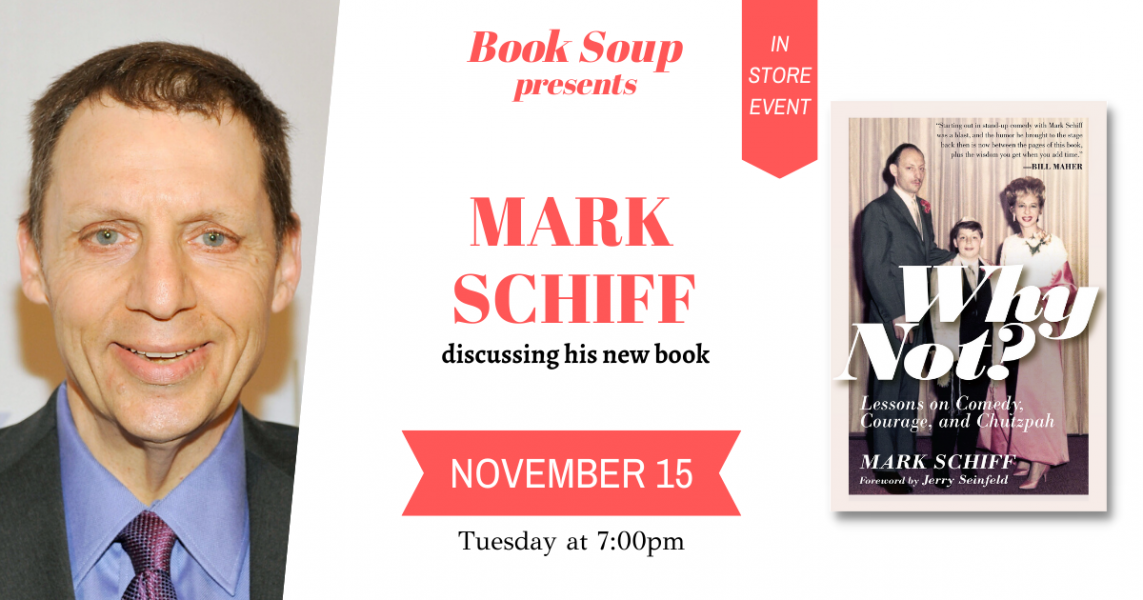 From master comedian Mark Schiff, a long-time touring partner of Jerry Seinfeld, comes a hilarious account of decades of foolery with comedy and acting legends and how he honed his mensch skills in all of life's arenas.

Pursuing a career in comedy has always taken a lot of chutzpah. Today Mark Schiff looks back at his fifty-year career as a stand-up comic, actor, and writer and knows he's laughed with the best of them. His comedy and character have been widely praised by everyone from Jerry Seinfeld to Bill Maher and Colin Quinn--as Seinfeld writes in his foreword, Mark is "the greatest comedy pal a guy could ever wish for"--but it hasn't always been easy. In this brilliantly honest collection of essays inducing both heart tugs and deep belly laughs, Mark recounts growing up Jewish in the outer boroughs of New York City and shares how he survived a harrowing childhood and managed health crises, aging, marriage, parenting, and career highs and lows. With wit and wisdom, Mark reminds us that no matter the troubles at-hand, the show must always go on. The result is an unforgettable and highly relatable account from one of the best humor writers of our time that will leave readers of all faiths energized and feeling like they've schmoozed with the best of them. (Apollo Publishers)

Why Not?: Lessons on Comedy, Courage, and Chutzpah (Hardcover)