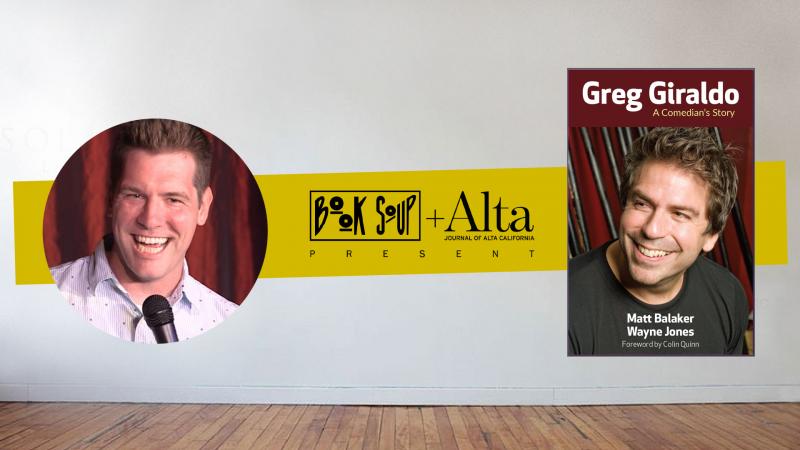 One of this century’s best comedians deserves a book. Learn Greg Giraldo’s story from those who knew him best. Many know Greg Giraldo’s work from Comedy Central roasts, late-night television, and comedy clubs. However, few comedy fans have heard the story of his days after Harvard Law School, ascension to cult comic icon, and premature demise from his addiction.  Matt Balaker & co-author Wayne Jones interviewed over 60 people who help tell his story. From managers to his former wife, and many comedians, friends, producers, and entertainment journalists and writers — all to uncover what motivated this stand-up legend and the impact of his work.