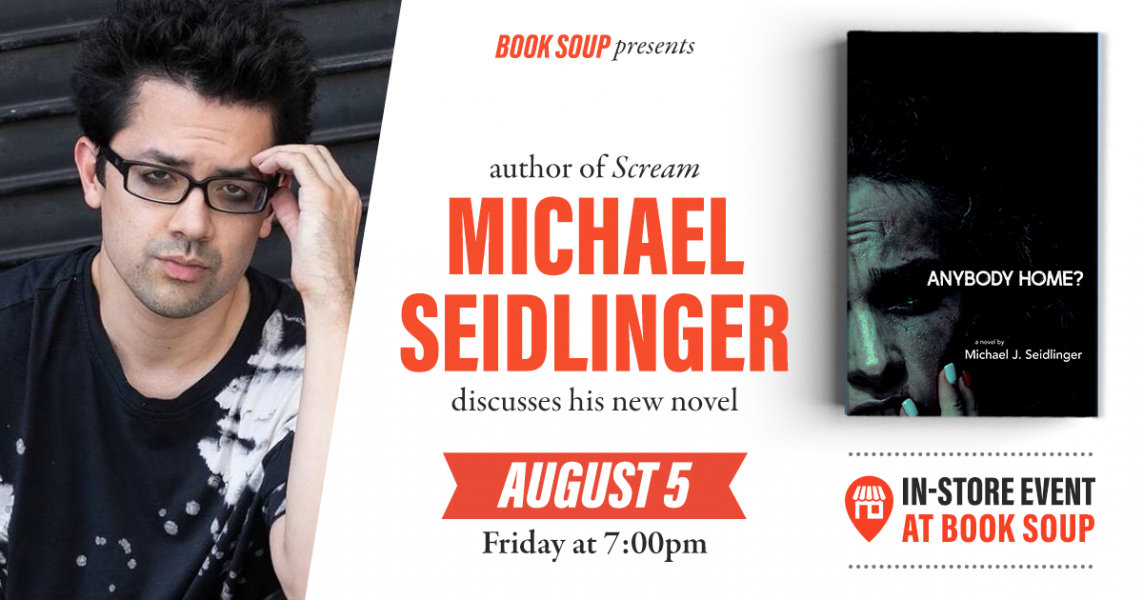 A seasoned invader with multiple home invasions under their belt recounts their dark victories while offering tutelage to a new generation of ambitious home invaders eager to make their mark on the annals of criminal history. From initial canvasing to home entry, the reader is complicit in every strangling and shattered window. The fear is inescapable.
Examining the sanctuary of the home and one of the horror genre's most frightening tropes, Anybody Home? points the camera lens onto the quiet suburbs and its unsuspecting abodes, any of which are potential stages for an invader ambitious enough to make it the scene of the next big crime sensation. Who knows? Their performance just might make it to the silver screen. (Clash Books)

Brian Asman is a writer, actor, and producer from San Diego, CA. He’s the author of the hit indie novella Man, Fuck this House (recently optioned by a major streaming service). His other books include I’m Not Even Supposed to Be Here Today from Eraserhead Press and Nunchuck City and Jailbroke from Mutated Media. He’s recently published short stories in Pulp Modern, Kelp, Welcome to the Splatter Club and Lost Films, and comics in Tales of Horrorgasm.
A film he co-wrote and produced, A Haunting in Ravenwood, is available now on DVD and VOD from Breaking Glass. His short “Reel Trouble” will premiere at GenCon later this summer.
Brian holds an MFA from UCR-Palm Desert. He’s represented by Dunham Literary, Inc. Max Booth III is his hype man.
Find him on Instagram or Twitter (@thebrianasman) or his website www.brianasmanbooks.com.