Nancy Olson Livingston discusses A Front Row Seat: An Intimate Look at Broadway, Hollywood, and the Age of Glamour 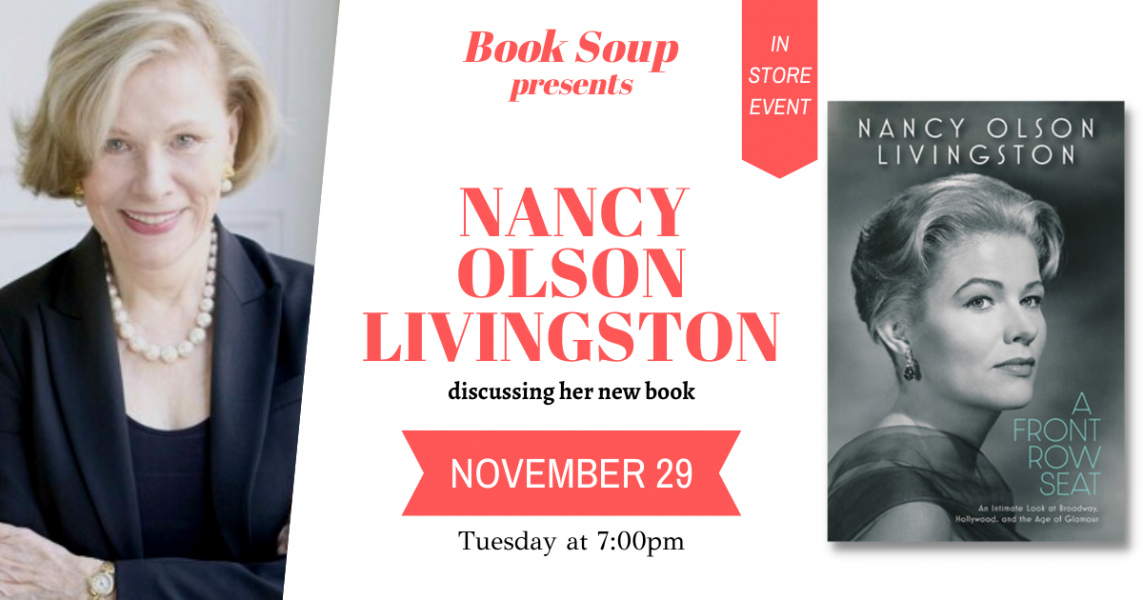 From her idyllic childhood in the American Midwest to her Oscar–nominated performance in Sunset Boulevard (1950) and the social circles of New York and Los Angeles, actress Nancy Olson Livingston has lived abundantly. In her memoir, A Front Row Seat, Livingston treats readers to an intimate, charming chronicle of her life as an actress, wife, and mother, and her memories of many of the most notable figures and moments of her time.
Livingston shares reminiscences of her marriages to lyricist and librettist Alan Jay Lerner, creator of award-winning musicals Paint Your Wagon, Gigi, and My Fair Lady (which was dedicated to her), and to Alan Wendell Livingston, former president of Capitol Records, who created Bozo the Clown and worked with legendary musical artists, including Nat King Cole, Frank Sinatra, Judy Garland, the Beach Boys, the Beatles, the Band, and Don McLean. One of the last living actors of the Golden Age of Hollywood, Livingston shares memorable encounters with countless celebrities―William Holden, Billy Wilder, Bing Crosby, Marilyn Monroe, and John Wayne, to name a few―and less pleasant experiences with Howard Hughes and John F. Kennedy that act as reminders of women's long struggle for equality.
Entertaining and engrossing, A Front Row Seat deftly interweaves Livingston's life with her observations of the artists, celebrities, and luminaries with whom she came in contact―a paean to the twentieth century and a treasure for readers enamored with a bygone era. (University Press of Kentucky)

A Front Row Seat: An Intimate Look at Broadway, Hollywood, and the Age of Glamour (Screen Classics) (Hardcover)