Natasha Sizlo discusses All Signs Point to Paris: A Memoir of Love, Loss, and Destiny 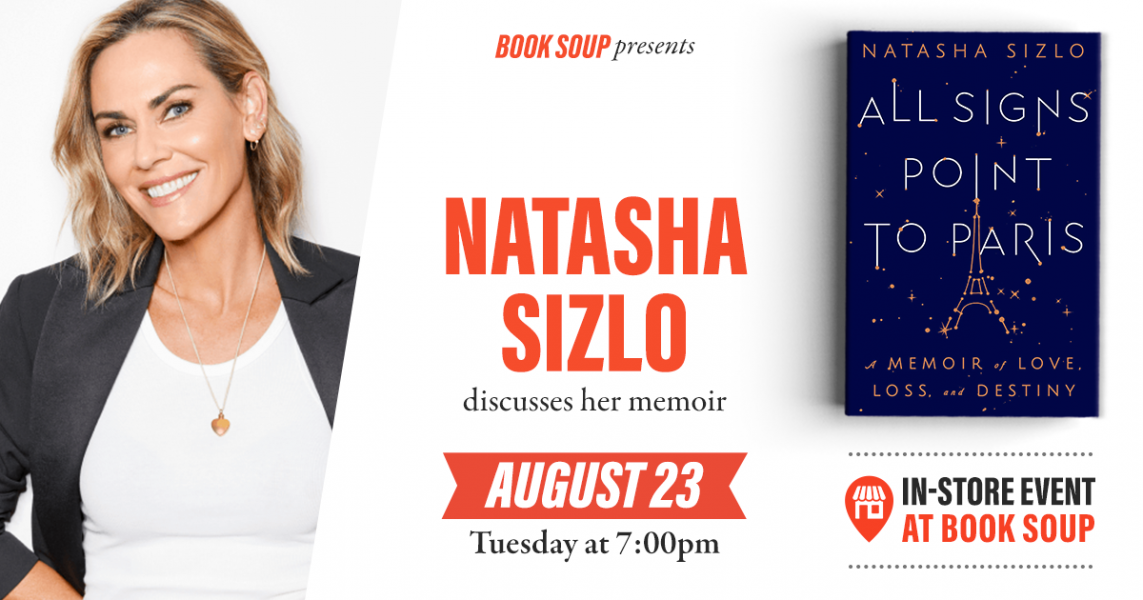 Divorced, broke, and heartsick, it seems like things can't get worse for Natasha Sizlo--then she learns her beloved father is dying.

So when she's gifted a session with LA's most sought-after astrologist, Natasha has nothing to lose. She doesn't believe in astrology, but the reading is eerily, impossibly accurate. As her misgivings give way, Natasha asks about her emotionally unavailable, yet terribly handsome ex-boyfriend, the one she can't seem to get over.

To Natasha's surprise, the astrologist tells her he is The One. His birthdate and birthplace--November 2, 1968 in Paris, France--line up with Natasha's astrological point of destiny. The word husband comes up in the reading.

Natasha feels faint. Was her ex really the big soul love she was destined for?

Then, she has a lightning bolt of an idea: he couldn't possibly be the only available man born on November 2, 1968 in Paris. Her soulmate is still out there--she just has to find him. (Mariner Books)

All Signs Point To Paris: A Memoir of Love, Loss, and Destiny (Hardcover)