Neal Pollack, in conversation with Anna David, discusses Pothead: My Life as a Marijuana Addict in the Age of Legal Weed 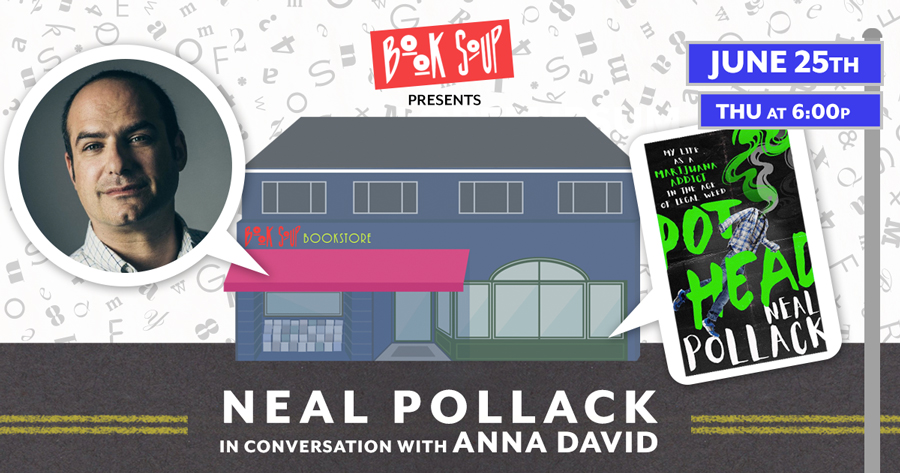 Neal Pollack, in conversation with Anna David, discusses Pothead: My Life as a Marijuana Addict in the Age of Legal Weed

Beginning innocently enough in his 20s, Neal Pollack discovers that pot makes everything--food, music, sex--better. Getting married, having a kid, and enjoying professional success do nothing to dampen Pollack's enthusiasm for getting high. As cannabis grows stronger and more widely available, the expansion and acceptance of marijuana Big Business shadows Pollack's dependence.

By 2014, Neal is a correspondent for a national marijuana newspaper, mostly because it means free pot. Diving into the wild, wicked world of weed with both lungs, Pollack proceeds to smoke, vape, and eat his way to oblivion, leading to public meltdowns and other embarrassing behavior. After his mother dies in 2017, he spirals out of control, finally hitting bottom during a reckless two-day gambling and drug-filled binge, culminating in a public crack-up at the World Series in Dodger Stadium. Three weeks later, he quits.  After joining a twelve-step program, Neal outs himself as a marijuana addict in a 2018 New York Times op-ed piece, leading to his decision to document his experience as a cautionary tale for the millions of recreational users in the hazy age of legalized weed. (Central Recovery Press)

Pothead: My Life as a Marijuana Addict in the Age of Legal Weed (Paperback)