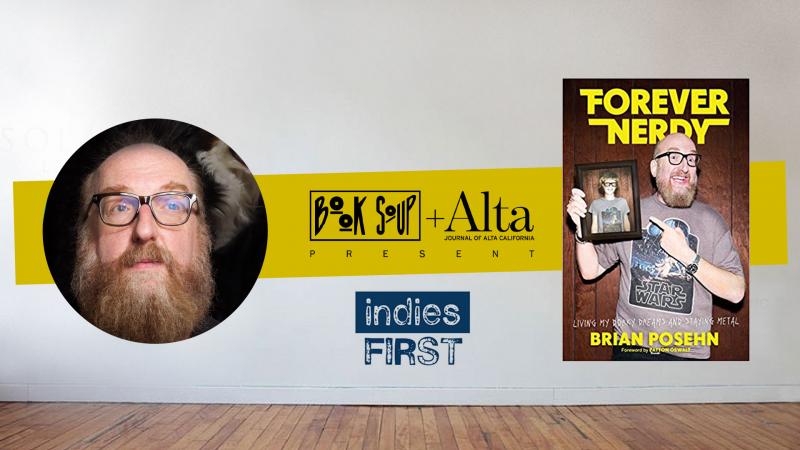 Brian Posehn is a successful and instantly recognizable comedian, actor, and writer. He also happens to be a giant nerd. That's partly because he's been obsessed with such things as Dungeons & Dragons, comic books, and heavy metal since he was a child; the other part is because he fills out every bit of his 6'7'' frame. Brian's always felt awkward and like a perpetual outsider, but he found his way through the difficulties of growing up by escaping into the worlds of Star Wars, D&D, comics, and by rocking his face off. He was a nerd long before it was cool (and that didn't help his situation much), but his passions proved time and again to be the safe haven he needed to persevere and thrive in a world in which he was far from comfortable.  Brian, now balls deep in middle age with a wife, child, and thriving career, still feels like an outsider and is as big a nerd as ever. But that's okay, because in his five decades of nerdom he's discovered that the key to happiness is not growing up. You can be a nerd forever and find success that way because, somehow along the way, the nerds won.  Forever Nerdy is a celebration of growing up nerdy and different. This isn't Brian's life story, just some bizarre and hilarious stories from his life, along with a captivating look back at nearly fifty years of nerd culture. Being a nerd hasn't always been easy, but somehow this self-hating nerd who suffered from depression was able to land his dream job, get the girl, and learn to fit in. Kind of. See how he did it while managing to remain forever nerdy. (Da Capo Press)