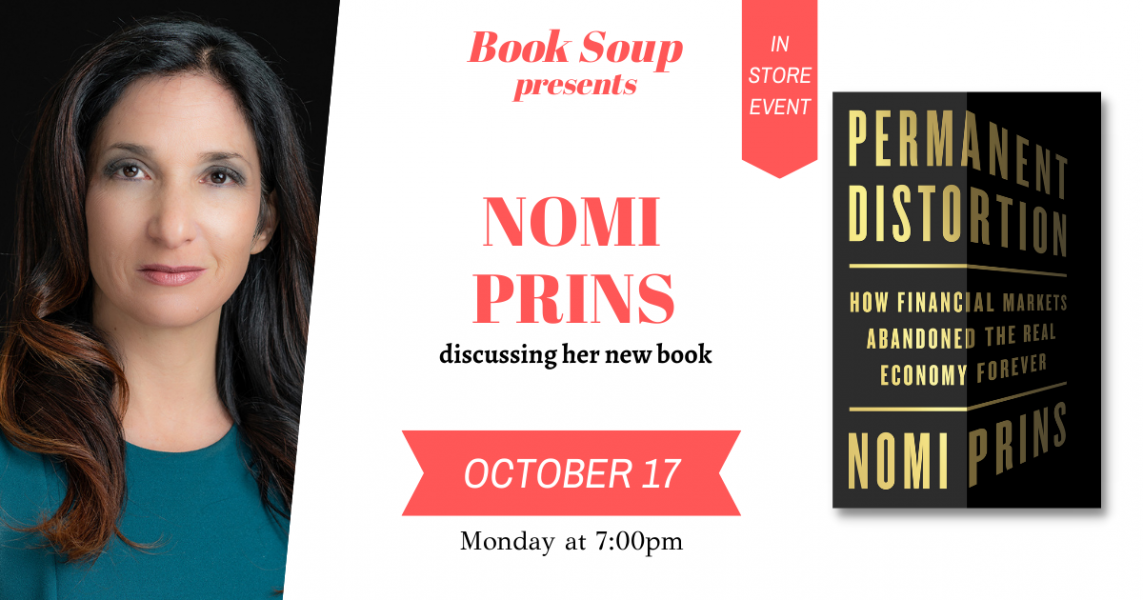 It is abundantly clear that our world is divided into two very different economies. The real one, for the average worker, is based on productivity and results. It behaves according to traditional rules of money and economics. The other doesn't. It is the product of years of loose money, poured by central banks into a system dominated by financial titans. It is powerful enough to send stock markets higher even in the face of a global pandemic and threats of nuclear war.

This parting from reality has its roots in an emergency response to the financial crisis of 2008. "Quantitative Easing" injected a vast amount of cash into the economy--especially if you were a major Wall Street bank. What began as a short-term dependency became a habit, then a compulsion, and finally an addiction.

Nomi Prins relentlessly exposes a world fractured by policies crafted by the largest financial institutions, led by the Federal Reserve, that have supercharged the financial system while selling out regular citizens and leading to social and political reckonings. She uncovers a newly polarized world of the mega rich versus the never rich, the winners and losers of an unprecedented distortion that can never return to "normal." (PublicAffairs)