Philip Gefter, in conversation with Charlotte Cotton, discusses What Becomes a Legend Most: A Biography of Richard Avedon 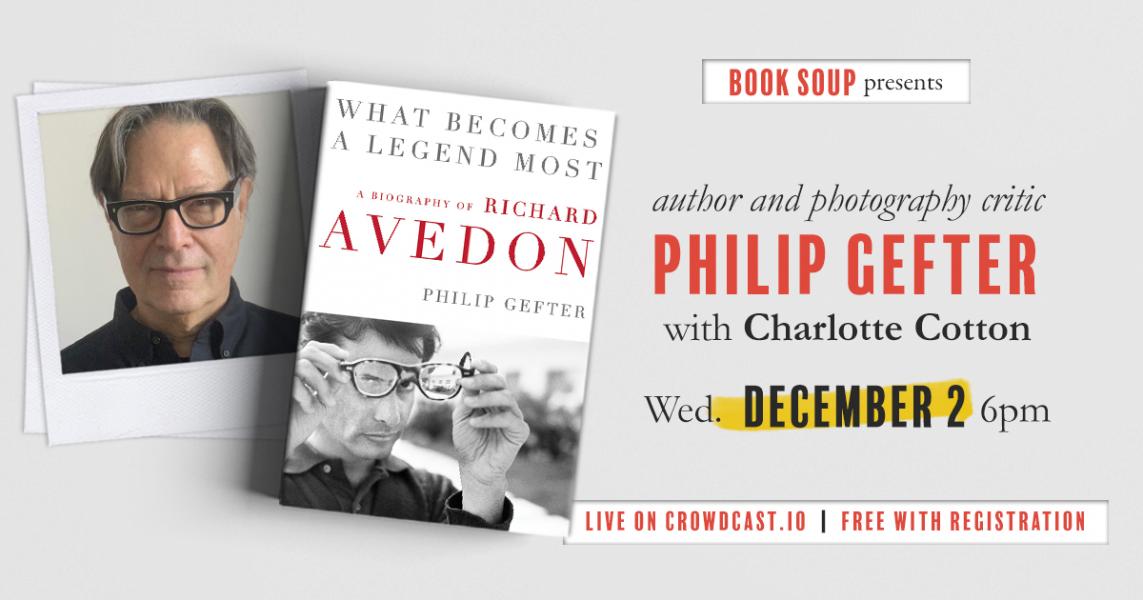 The first definitive biography of Richard Avedon, a monumental photographer of the twentieth century, from award-winning photography critic Philip Gefter.

In his acclaimed portraits, Richard Avedon captured the iconic figures of the twentieth century in his starkly bold, intimately minimal, and forensic visual style. Concurrently, his work for Harper's Bazaar and Vogue transformed the ideals of women's fashion, femininity, and culture to become the defining look of an era. Yet despite his driving ambition to gain respect in the art world, during his lifetime he was condescendingly dismissed as a celebrity photographer.

What Becomes a Legend Most is the first definitive biography of this luminary--an intensely driven man who endured personal and professional prejudice, struggled with deep insecurities, and mounted an existential lifelong battle to be recognized as an artist. Philip Gefter builds on archival research and exclusive interviews with those closest to Avedon to chronicle his story, beginning with Avedon's coming-of-age in New York between the world wars, when cultural prejudices forced him to make decisions that shaped the course of his life.  Compounding his private battles, Avedon fought to be taken seriously in a medium that itself struggled to be respected within the art world. Gefter reveals how the 1950s and 1960s informed Avedon's life and work as much as he informed the period. He counted as close friends a profoundly influential group of artists--Leonard Bernstein, Truman Capote, James Baldwin, Harold Brodkey, Renata Adler, Sidney Lumet, and Mike Nichols--who shaped the cultural life of the American twentieth century. It wasn't until Avedon's fashion work was exhibited at the Metropolitan Museum of Art in the late 1970s that he became a household name.

Balancing glamour with the gravitas of an artist's genuine reach for worldy achievement--and not a little gossip--plus sixteen pages of photographs, What Becomes a Legend Most is an intimate window into Avedon's fascinating world. Dramatic, visionary, and remarkable, it pays tribute to Avedon's role in the history of photography and fashion--and his legacy as one of the most consequential artists of his time. (Harper)

What Becomes a Legend Most: A Biography of Richard Avedon (Hardcover)