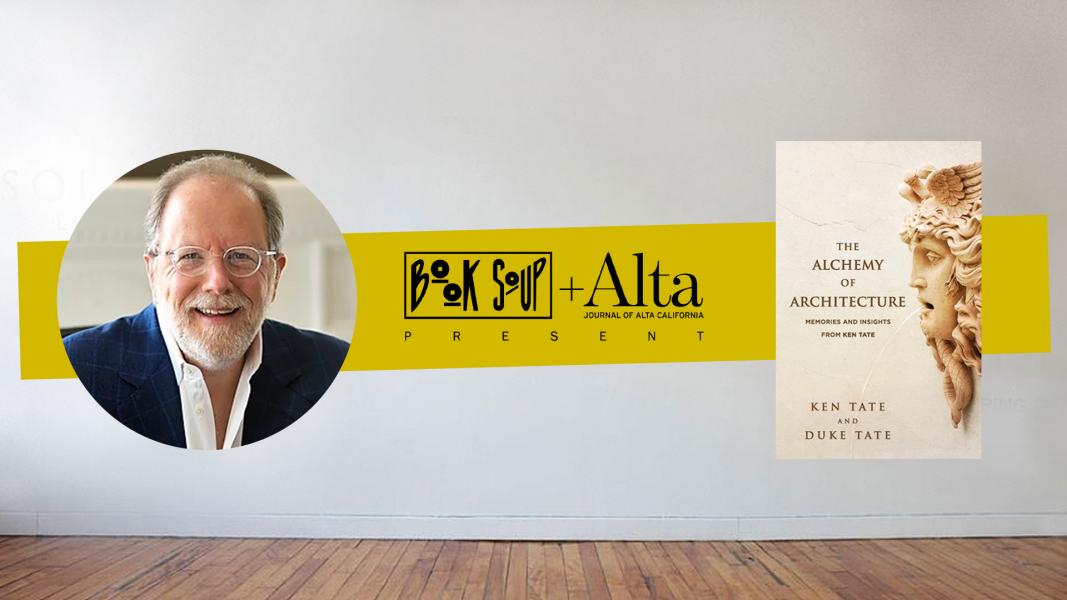 This event has been postponed and will be rescheduled for a later date.

The Alchemy of Architecture: Memories and Insights from Ken Tate by Ken and Duke Tate is celebrated architect Ken Tate's creative memoir about his life. Beginning with his days growing up in Columbus, Mississippi where he was surrounded by beautiful Greek Revival houses, the book journeys through Ken's upbringing as a creative adolescent to his early days at Georgia Institute of Technology in Atlanta where he started his architectural collegiate career. There Ken struggled to keep up with the hard-edged modernism being taught in school and longed to design beautiful houses with soul. His quest led him on to Auburn University in Auburn, Alabama, where he found what he was looking for in two creative professors, Jim Jones and Lewis Lanter, who mentored him. That tutelage led him to write his architectural thesis Architecture in Search of a Soul. Following graduation from Auburn, Ken journeyed to work for eccentric talent Bruce Goff in Texas and afterwards for Sambo Mockbee in Jackson, Mississippi. He established his own firm, Ken Tate Architect, in 1984 in Jackson, Mississippi, which began a lifelong career of designing houses in an alchemical way where an inner essence was breathed into them. Full of rich detail and texture, the book follows Ken's 35-year career from Jackson to New Orleans and on to Palm Beach where the firm has opened their second office. Covering his approach to design, how architecture relates to cinema and photography, advice, reflections and even epiphanies, the book is a must read for any fan of the profession. The book features many black and white photos taken over Ken's life and career.

The Alchemy of Architecture: Memories and Insights from Ken Tate (Paperback)