Richard Lucas discusses and signs The Dog Log: An Accidental Memoir of Yapping Yorkies, Quarreling Neighbors, and the Unlikely Friendships That Saved My Life 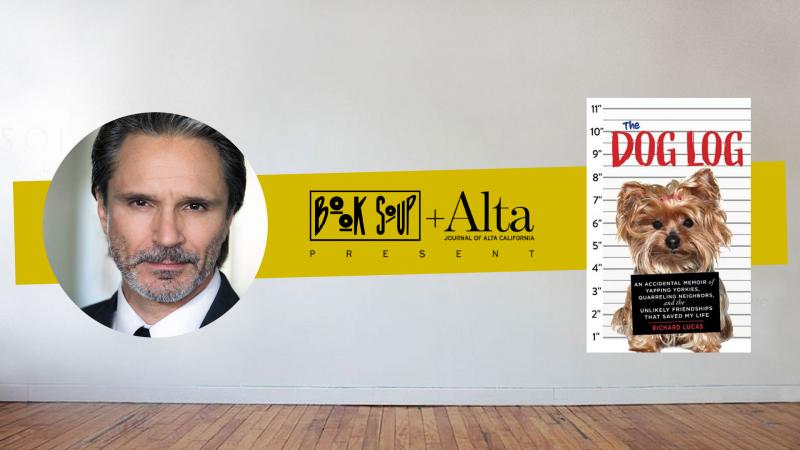 The Dog Log, written as a daily notation to the sheriff's department, begins as a simple complaint about a barking dog, but it soon becomes a powerful self-exploration and confessional. It's a touching, hilarious, and cleverly sneaky memoir of a man in Los Angeles who inadvertently rediscovers himself through helping his elderly neighbor after she falls, when he reluctantly tends to her two noisy and badly behaved Yorkshire terriers. What he discovers in her apartment shocks him into a surprising decision, and by addressing their problems, he helps to resolve his own. With humor and honesty, The Dog Log looks into big-city loneliness, heartbreak, and, ultimately, old age, but then--one footstep at a time along the sidewalks of West Hollywood--it climbs into the light. By knocking on his neighbor's door, one man's life changes forever. It's an epic journey of forty feet. (Chicago Review Press)

The Dog Log: An Accidental Memoir of Yapping Yorkies, Quarreling Neighbors, and the Unlikely Friendships That Saved My Life (Paperback)