Richard Wolf discusses and signs In Tune: Music as the Bridge to Mindfulness 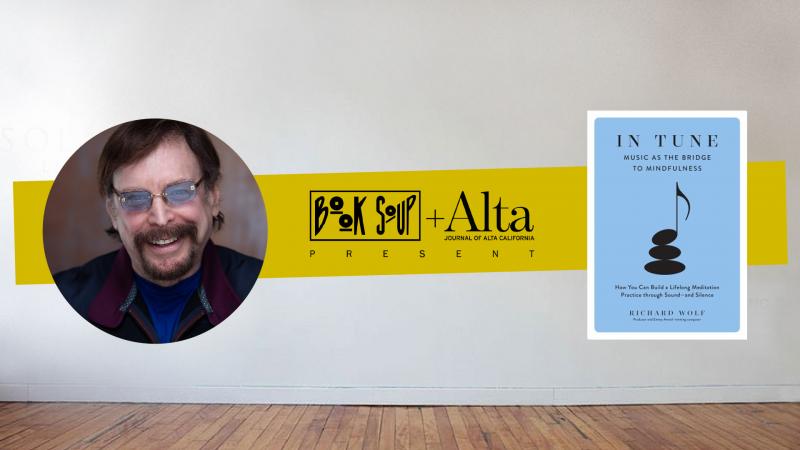 In our noisy world, music is the key to inner silence.  Richard Wolf first tried Zen meditation in his teens, but no matter in what posture or for how long he sat, transcendence proved stubbornly out of reach. It was only years later that he found the bridge that could take him there: music.
In Tune charts twelve "bridges"--skills and sensibilities refined in musical practice that carry over to mindfulness and meditation.

This inspirational guide offers a wealth of music-based exercises to enhance daily meditation and creativity. Plus, Wolf shares personal anecdotes of eminent musicians--from Miles Davis to Dr. Dre--to illuminate points along the intersection of music and mindful living.  As you begin to move fluidly between these two transformative disciplines, you'll notice the focus, composure, and peacefulness that comes from practice--as well as the joys of tuning in to the music all around you, and to the symphony that plays silently from within. (Experiment)

About the Author: Richard “Wolfie” Wolf is an Emmy Award winning composer, multi-Platinum RIAA awarded record producer and author. He is founder and CEO of the independent production, publishing and licensing company,The Producers Lab, Inc. which provides music to hundreds of multimedia productions including some of the most popular television programs and films worldwide. His book In Tune: Music As The Bridge To Mindfulness is acclaimed as an innovative guide to contemplative practices for musicians.

In Tune: Music as the Bridge to Mindfulness (Hardcover)