Roxanne Veletzos discusses and signs The Girl They Left Behind 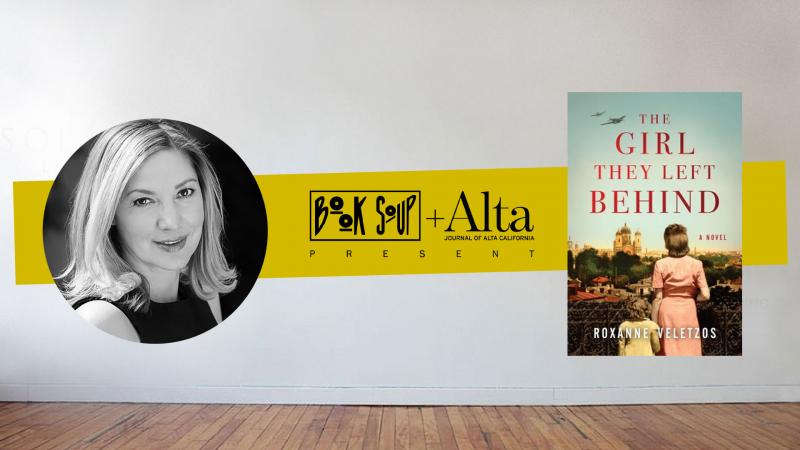 On a freezing night in January 1941, a little Jewish girl is found on the steps of an apartment building in Bucharest. With Romania recently allied with the Nazis, the Jewish population is in grave danger, undergoing increasingly violent persecution. The girl is placed in an orphanage and eventually adopted by a wealthy childless couple who name her Natalia. As she assimilates into her new life, she all but forgets the parents who were forced to leave her behind. They are even further from her mind when Romania falls under Soviet occupation.  Yet, as Natalia comes of age in a bleak and hopeless world, traces of her identity pierce the surface of her everyday life, leading gradually to a discovery that will change her destiny. She has a secret crush on Victor, an intense young man who as an impoverished student befriended her family long ago. Years later, when Natalia is in her early twenties and working at a warehouse packing fruit, she and Victor, now an important official in the Communist regime, cross paths again. This time they are fatefully drawn into a passionate affair despite the obstacles swirling around them and Victor's dark secrets.  When Natalia is suddenly offered a one-time chance at freedom, Victor is determined to help her escape, even if it means losing her. Natalia must make an agonizing decision: remain in Bucharest with her beloved adoptive parents and the man she has come to love, or seize the chance to finally live life on her own terms, and to confront the painful enigma of her past. (Atria Books)

The Girl They Left Behind: A Novel (Hardcover)