Sameer Pandya, in conversation with Jade Chang, discusses Members Only 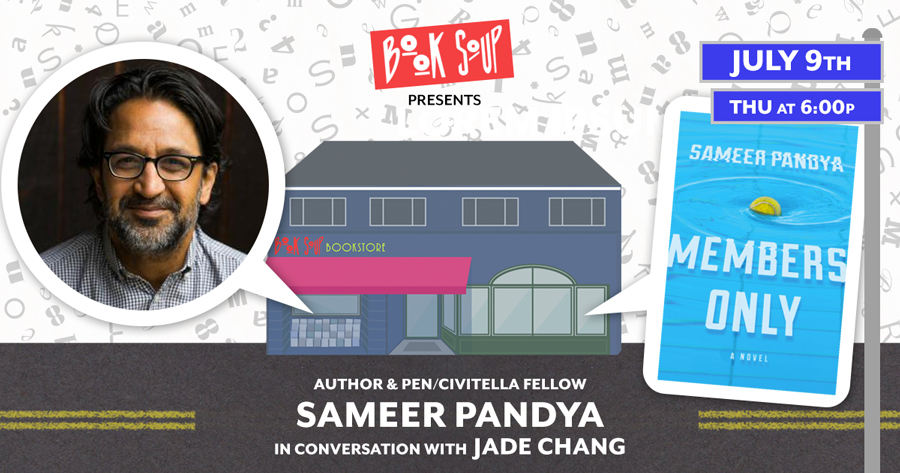 Sameer Pandya, in conversation with Jade Chang, discusses Members Only

Raj Bhatt is often unsure of where he belongs. Having moved to America from Bombay as a child, he knew few Indian kids. Now middle-aged, he lives mostly happily in California, with a job at a university. Still, his white wife seems to fit in better than he does at times, especially at their tennis club, a place he's cautiously come to love.

But it's there that, in one week, his life unravels. It begins at a meeting for potential new members: Raj thrills to find an African American couple on the list; he dreams of a more diverse club. But in an effort to connect, he makes a racist joke. The committee turns on him, no matter the years of prejudice he's put up with. And worse still, he soon finds his job is in jeopardy after a group of students report him as a reverse racist, thanks to his alleged "anti-Western bias."

Heartfelt, humorous, and hard-hitting, Members Only explores what membership and belonging mean, as Raj navigates the complicated space between black and white America. (Houghton Mifflin)