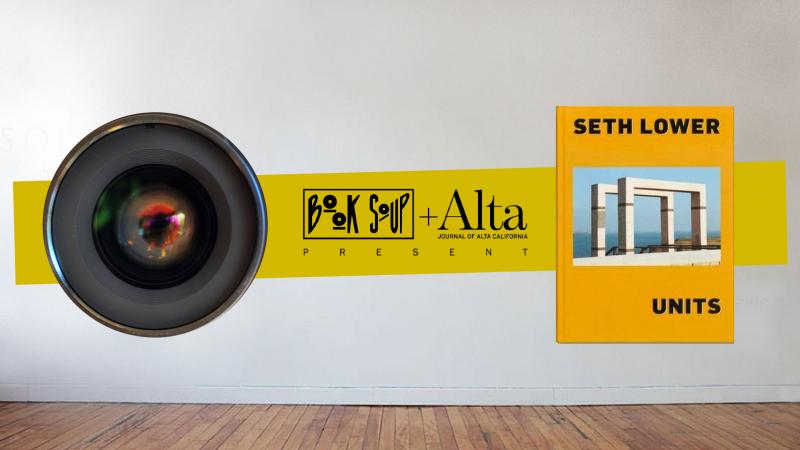 Join us for the Los Angeles launch of Seth Lower's new book units 'Units' with an indepth discussion between the artist and Graham Harman, Distinguished Professor of Philosophy at SCI-Arc in LA.

'Units' presents a thoughtful, often playful, look at our relationship to the objects around us. A sign swallowed by tree bark, a small collection of funnels, a stove for sale in the sunshine. Where does one unit end and the other begin?

Los Angeles-based artist Seth Lower (b. 1981, Ohio) studied photography at the University of Michigan (BFA, 2004) and the San Francisco Art Institute (MFA, 2008). His previous books include Man with Buoy and Other Tales (2010) and The Sun Shone Glaringly (2014). Lower’s work has been exhibited internationally at venues including The Palais des Beaux Arts, Vienna, and Kuandu Museum of Fine Arts, Taipei.

Graham Harman is Distinguished Professor of Philosophy at SCI-Arc in Los Angeles. His work on the metaphysics of objects led to the development of object-oriented ontology. He is a central figure in the speculative realism trend in contemporary philosophy.