Shannon Pufahl discusses and signs On Swift Horses, in conversation with Justin Torres 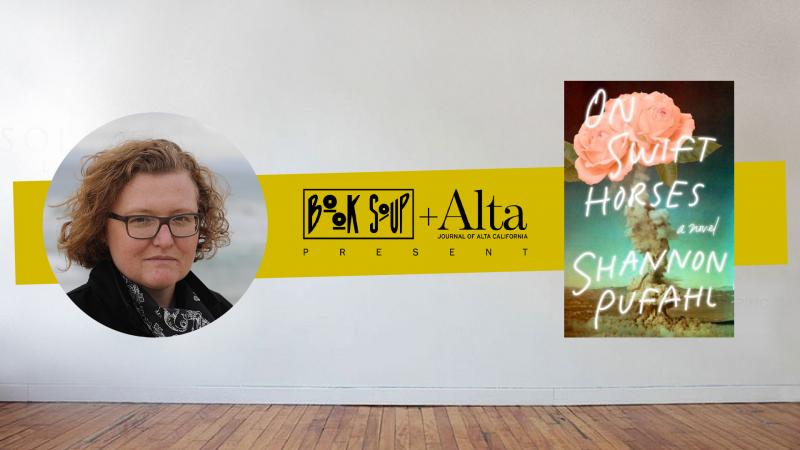 In conversation with Justin Torres

Muriel is newly married and restless, transplanted from her rural Kansas hometown to life in a dusty bungalow in San Diego. The air is rich with the tang of salt and citrus, but the limits of her new life seem to be closing in: She misses her freethinking mother, dead before Muriel's nineteenth birthday, and her sly, itinerant brother-in-law, Julius, who made the world feel bigger than she had imagined. And so she begins slipping off to the Del Mar racetrack to bet and eavesdrop, learning the language of horses and risk. Meanwhile, Julius is testing his fate in Las Vegas, working at a local casino where tourists watch atomic tests from the roof, and falling in love with Henry, a young card cheat. When Henry is eventually discovered and run out of town, Julius takes off to search for him in the plazas and dives of Tijuana, trading one city of dangerous illusions and indiscretions for another.

On Swift Horses is a debut of astonishing power: a story of love and luck, of two people trying to find their place in a country that is coming apart even as it promises them everything. (Riverhead Books)

On Swift Horses: A Novel (Hardcover)