Shawn Levy discusses In on the Joke: the Original Queens of Standup Comedy 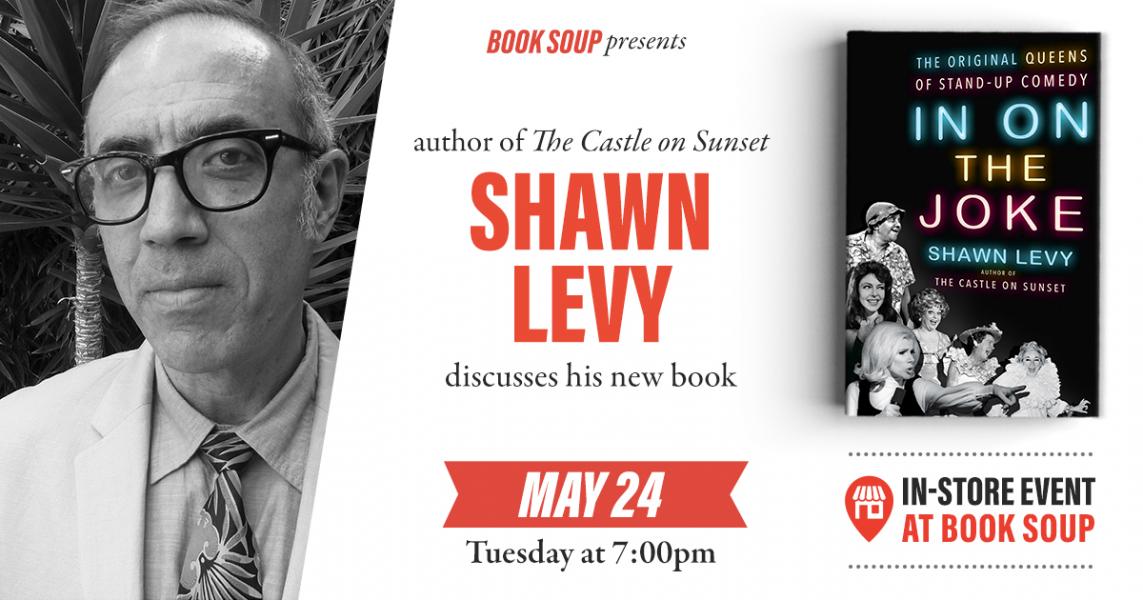 Today, women are ascendant in stand-up comedy, even preeminent. They make headlines, fill arenas, spawn blockbuster movies. But before Amy Schumer slayed, Tiffany Haddish killed, and Ali Wong drew roars, the very idea of a female comedian seemed, to most of America, like a punch line. And it took a special sort of woman--indeed, a parade of them--to break and remake the mold.

In on the Joke is the story of a group of unforgettable women who knocked down the doors of stand-up comedy so other women could get a shot. It spans decades, from Moms Mabley's rise in Black vaudeville between the world wars, to the roadhouse ribaldry of Belle Barth and Rusty Warren in the 1950s and '60s, to Elaine May's co-invention of improv comedy, to Joan Rivers's and Phyllis Diller's ferocious ascent to mainstream stardom. These women refused to be defined by type and tradition, facing down indifference, puzzlement, nay-saying, and unvarnished hostility. They were discouraged by agents, managers, audiences, critics, fellow performers--even their families. And yet they persevered against the tired notion that women couldn't be funny, making space not only for themselves, but for the women who followed them.

Meticulously researched and irresistibly drawn, Shawn Levy's group portrait forms a new pantheon of comedy excellence. In on the Joke shows how women broke into the boys' club, offered new ideas of womanhood, and had some laughs along the way. (Doubleday Books)

In On the Joke: The Original Queens of Standup Comedy (Hardcover)