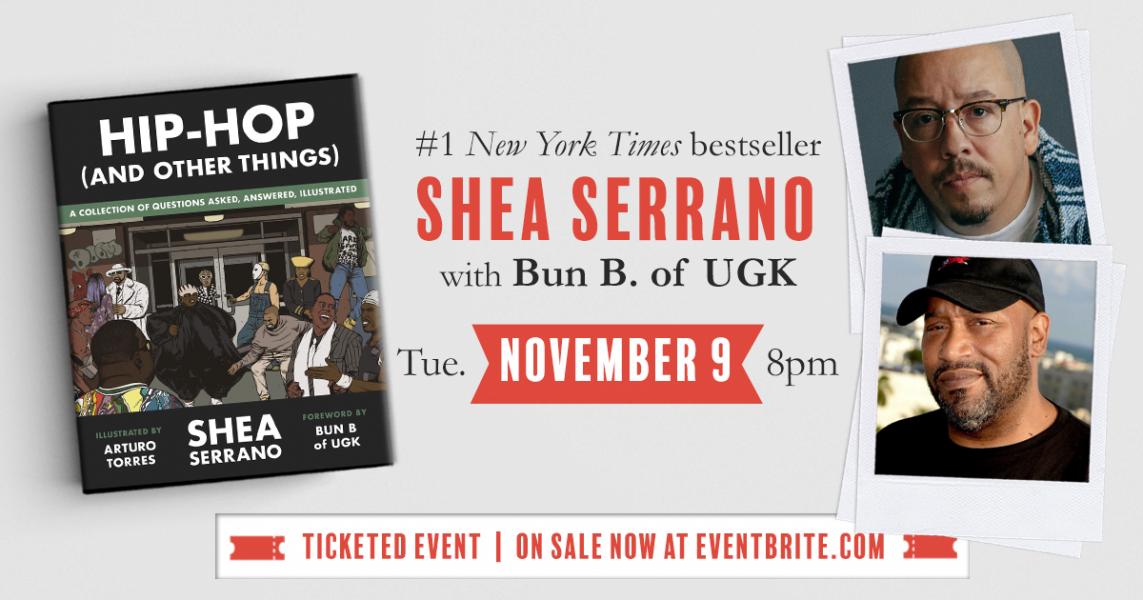 HIP-HOP (AND OTHER THINGS) is about, as it were, rap, but also some other things. It's a smart, fun, funny, insightful book that spends the entirety of its time celebrating what has become the most dominant form of music these past two and a half decades. Tupac is in there. Jay Z is in there. Missy Elliott is in there. Drake is in there. Pretty much all of the big names are in there, as are a bunch of the smaller names, too.

Shea Serrano‘s most recent book, Movies (And Other Things), was, among other things, a #1 New York Times bestseller. His previous book, Basketball (And Other Things) was selected by President Barack Obama as one of his favorite reads of the year. His book before that, The Rap Year Book, was also a New York Times bestseller, and was turned into a documentary that aired on AMC. Currently, he is a staff writer for The Ringer where he hosts The Connect podcast (among other things).

Event tickets include access to the event and a hardcover copy of Hip Hop (And Other Things).
The link for this event will be sent out via Eventbrite email at least 48 hours before the event. Books will be sent after the event.

PLEASE NOTE: This is not a Book Soup presents event, we have partnered with Third Place Books, Booksmith, Powell’s Books, and Skylight Books.