Soup of the Month presents author Bryan Washington, in conversation with Justin Torres 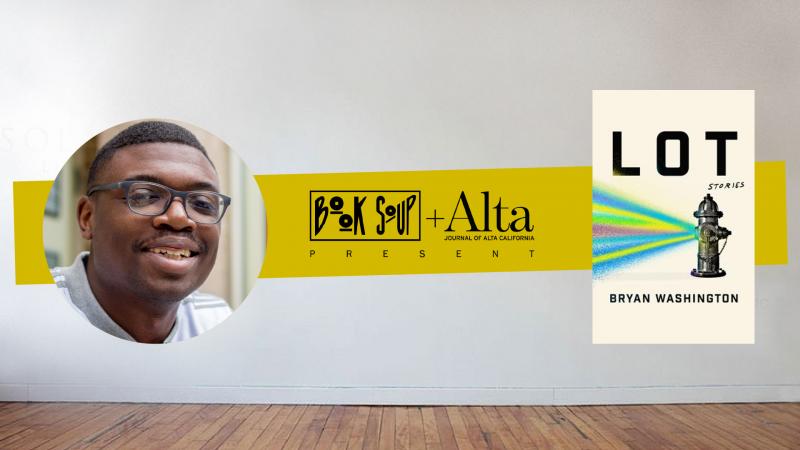 We are so excited to host an event for June Soup of the Month author Bryan Washington and his book Lot: Stories! He'll be in conversation with Justin Torres.

NAMED ONE OF THE MOST ANTICIPATED BOOKS OF 2019 BY Entertainment Weekly, Buzzfeed, Nylon, Huffington Post, AV Club, The Millions

In the city of Houston - a sprawling, diverse microcosm of America - the son of a black mother and a Latino father is coming of age. He's working at his family's restaurant, weathering his brother's blows, resenting his older sister's absence. And discovering he likes boys.

Around him, others live and thrive and die in Houston's myriad neighborhoods: a young woman whose affair detonates across an apartment complex, a ragtag baseball team, a group of young hustlers, hurricane survivors, a local drug dealer who takes a Guatemalan teen under his wing, a reluctant chupacabra.  Bryan Washington's brilliant, viscerally drawn world vibrates with energy, wit, and the infinite longing of people searching for home. With soulful insight into what makes a community, a family, and a life, Lot explores trust and love in all its unsparing and unsteady forms. (Riverhead Books)

"[S]tunning... Lot paints an unforgettable picture of Houston and the people who call it home.... It's hard to overstate what an accomplishment Lot is.... Washington does a brilliant job making the city come to life in all its imperfect glory. His book is an instant classic of Texas literature, but it's more than that -- it's a stunning work of art from a young writer with immense talent and a rare sense of compassion, and one of the strongest literary debuts in several years." – NPR

"Phenomenal" --Justin Torres, author of We the Animals

We the Animals (Tie-In): A novel (Paperback)